Around the new year, everyone seems to want to do a retrospective. Personally, I can’t quite do it, because I don’t remember all that happened this year and all my “best of 2011” choices would be things that came out in the last week. However, I have been reflecting on some of the highlights of 2011, and undoutdedly the highlight of the year was my trip to London in September. I only wrote one post about it, here, and that was on a different blog, but I can’t help but feel that it marked a milestone in my life.

For one thing, there were several setbacks. I’d originally planned on going to Europe in Spring with a friend of mine, but he backed out. So, I decided to go to Japan, and looked for a tour group. I was almost ready to sign up for one when the big earthquake and tsunami hit and cancelled that. So, after some thought, I decided to go to London, and go alone.

I haven’t travelled much before, and never alone. I’d been wanting to make a trip like this all through my time at university but lacked the resources to pull it off. Now, though, it felt somehow necessary, perhaps because of a string of disappointments. I graduated last August, but didn’t feel that I’d really accomplished anything. I signed up to take the GRE to go on to graduate school, but literally, in retrospect almost comically, couldn’t find the testing location. After that, I decided to apply to a programme to teach English in Japan, but couldn’t make the deadline. So, when I finally pulled this trip together, it gave me the biggest sense of satisfaction I’ve ever had.

As for the trip itself, I suppose I didn’t do anything spectacular. Mostly, I went museum-hopping, saw a play at Shakespeare’s Globe (Dr. Faustus), and did a little shopping, mostly at places like Orbital Comics. That, and watched some British televsion (better than American TV, but not by much).

However, I greatly enjoyed all that, and I also had a slight feeling of homecoming, even though I’m only 1/4 English, and those ancestors were from Birmingham (I am all Northern European, for what that’s worth). Seeing all that beautiful artwork, and simply being in a city so old – far older than anyplace in Texas – strengthened my feeling that Western Civilisation, and English culture specifically, is something worth preserving. It’s safe to say the trip strengthened my political feelings, but I’ll leave that Serious Business for another blog.

I would love to travel more in the future, and look forward to someday revisiting England. I’ll probably try to see more of the rest of the country if I go back, and probably won’t travel alone again. These things are more enjoyable when shared with someone.

Having finally accomplished something worthwhile, I feel like I can move on with the rest of my life. I’ve taken a step towards a career, for one thing, and I hope and pray things will continue to look up for me.

Now, though, it’s time to greet the new year, and I’ll do it the best way I know how – with catgirls. 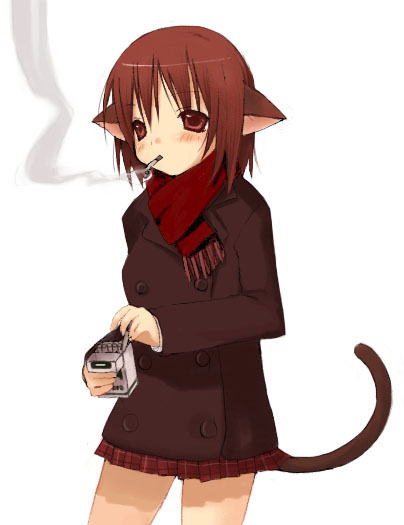