Code Geass took me a while to get through, partly because Crunchyroll has the first season but not the second, but I finished it. This turned out to be one of those shows that I should’ve watched sooner, because, despite a few problems, it had a lot of things I enjoy – a grand scale, a battle of wits, moral ambiguity, a mix of angst and humour, pizza, and a little sister character, among other things. 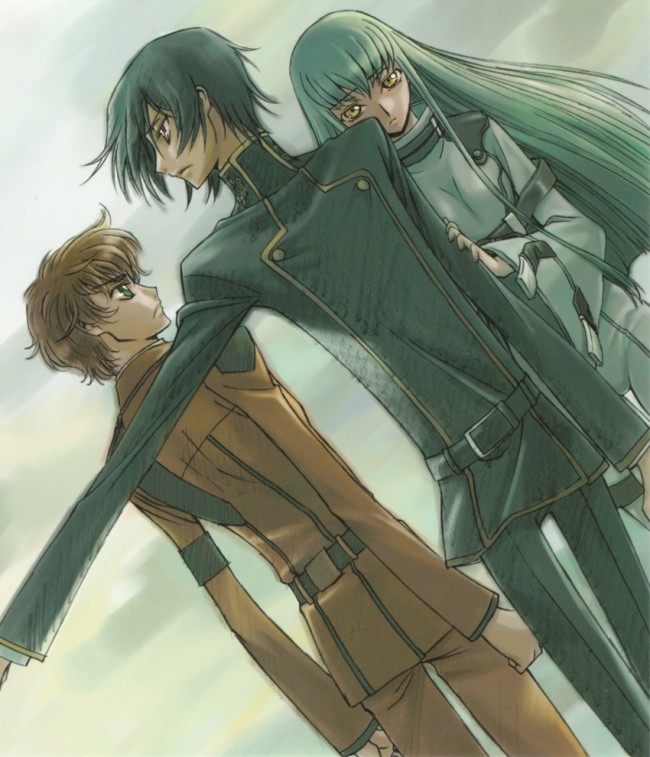 To start, I liked the character designs, which were done by CLAMP. Every character felt unique, and the main characters developed believably over the course of the series. Some of the side characters were one-dimensional, but nonetheless they did have a part to play so they didn’t feel tacked on. The art used a vibrant colour palette, perhaps too much so for some of the darker moments, and the animation was fluid throughout. The OP and ED themes consistently disappointed me, though the animation and artwork used during those segments partly made up for that. The soundtrack itself supported the show well, and I wouldn’t mind owning it on CD.

Another highlight is how the series handled its main theme of conflicting loyalties. Most of the main cast has to work out inner conflicts, and decide what’s most important to them. Their family and friends? Their country? Their ideals? Do these ends justify drastic means to achieve them? There’s a lot of moral uncertainty here, and though it won’t blow away any moderately well-read viewer, I appreciate Code Geass for working with some mature subjects without getting preachy.

A few things about Code Geass did annoy me. Fanservice, for one. For another, some of the plot twists really strained at plausibility. No single event crossed that line, and a large part of the show’s appeal is that the viewer never knows what to expect next. However, a pattern quickly emerges of our protagonist, Lelouch, getting into a seemingly impossible-to-solve predicament, then reversing the situation by basically pulling some trick right out of his ass. Sometimes an antagonist will also have a trick of his own, or one of Lelouch’s friends will pull something out of their ass, so at least we do get some variation. Again, it’s not a major problem, it just starts getting almost silly how many times this kid pulls off a miracle.

My main problem, though, is that the ending doesn’t quite make sense. Now, perhaps I should mention here that though I personally don’t care about spoilers, I am about to give away most of the ending, so if you do care please note that there are MAJOR SPOILERS from here on. 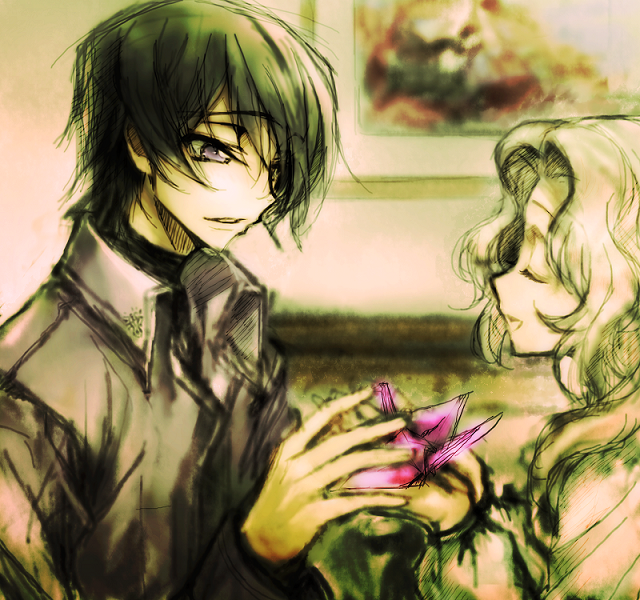 So, the first season ended on a cliffhanger, which annoys me a bit, but the opening of the second season made up for that. As I approached the second season’s ending, I had high expectations. The climax, at least, gave me just what I wanted. All the major surviving characters made an appearance, the final battle had the grand scale the series had been building up to, as well as a final confrontation between Lelouch and Schneizel, who’d been portrayed as the only person who might be able to outwit Lelouch.

So far, so good, but the resolution doesn’t quite add up. Lelouch, now dictator of the whole world, makes himself the object of the world’s hatred, arranges to get himself martyred, and… then what? It’s not quite clear. I suppose we have one world government now, plus Zero to keep peace, but how long can that last? Couldn’t Lelouch have accomplished basically the same thing shortly after becoming emperor prior to the final confrontation? There were only three factions in the world, Britannia, the UFN, and Japan. Internationally, the UFN (founded by Lelouch) seems unlikely to start any wars. Japan certainly isn’t going to fight an opponent who controls half the planet. That leaves Britannia, so as long as Lelouch doesn’t start a war himself, everything should remain at peace, and domestically all three factions could, and presumably would, focus on reforming and improving their internal affairs. Lelouch, apparently, had already begun liberalising Britannia. I suppose he couldn’t count on his successors to follow the same policy, but he can’t control the future actions of the one-world government, either. It feels like Lelouch basically outsmarted himself, and came up with a far more drastic plan than he actually needed.

That scenario does leave Schneizel as an unknown factor, but it seems that Schneizel had counted on the UFN to help him confront Lelouch. He did have the FLEIJA card to play, but that wasn’t enough to win even with the UFN’s backing. There’d still be the problem of finding Nunnally, but that’s another thing that confuses me. When Lelouch first claims the Britannian throne, Prince Odysseus explicitly mentions that Nunnally had been found. So, Lelouch had to know she was still out there somewhere. Yet, he seems shocked when she turns up with Schneizel. Was he just not paying attention? I mean, I guess I wouldn’t really attend much when Odysseus talks, either, but that’s a rather important detail he missed!

Sub-par ending aside, though, Code Geass does turn out as an excellent series, and up to that point the plot holds together well with just an extra touch of suspension of disbelief.