Yesterday, Fate/Zero came to its conclusion. I’m sad to see it end, too, because I can’t remember the last time an anime had me this excited. I can even put a price tag on this one, $700 – $370 for the first season (reviewed here) and $330 for the second. 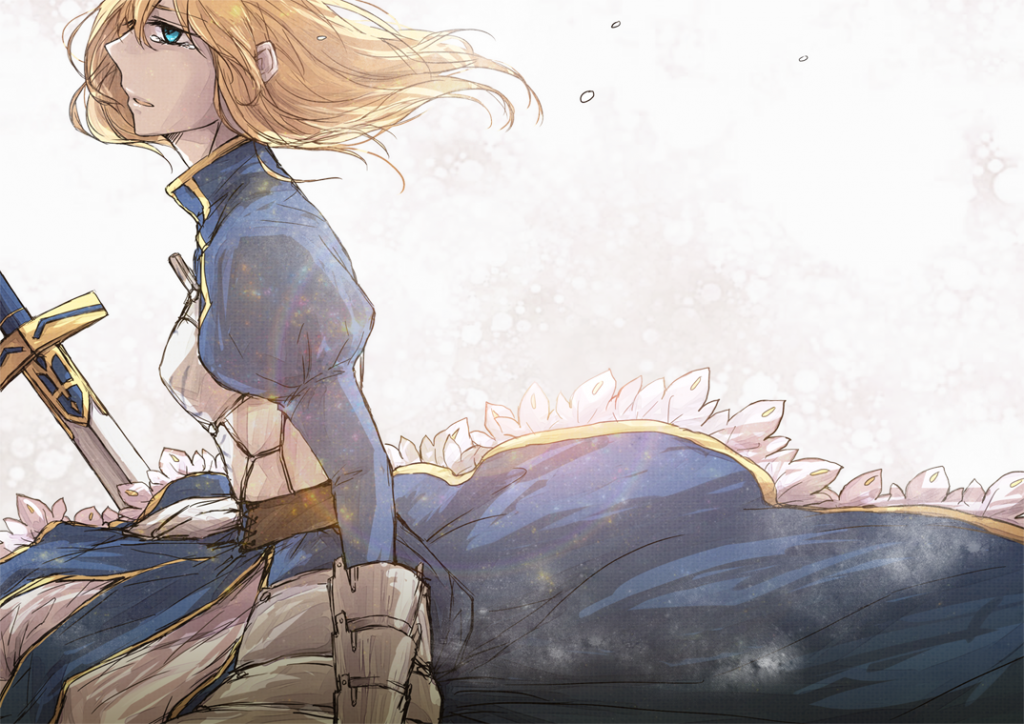 Fate/Zero is a series that does almost everything right. Taking the animation, for instance, very few TV productions look this good. The first season did have a few scenes that had to be touched up on the blu-ray, and the second will be the same, but overall it’s a great-looking show. The action scenes especially looked fluid and well-choreographed. Even the dialogue-heavy episodes, and this show has several, have enough detail to really feel alive, and retain the generally dark, heavy atmosphere of the rest of the show. We do get the occasional lighter-hearted scene, usually involving Waver and Rider, but that’s never enough to fully escape the feeling of dread appropriate to the show’s high-stakes plot. The only problem with the animation is the use of CG, which isn’t too bad, but doesn’t quite blend into the rest of the show.

The music, composed by Kajiura Yuki, also contributes greatly to that atmosphere, and the first season’s soundtrack can stand on its own merit, even apart from its source. Also, though I don’t know Japanese nearly well enough to judge the voice acting, just based on the sound of everyone’s voice the actors seem well cast.

The first season spent much of its time in world-building, introducing an intricate web of inter-related backstories and fleshing out a fairly large cast of captivating personalities. In the second season, most of that work has been done, and the plot generally barrels forward at a breakneck pace. This means that characters start getting killed off rapidly, every couple episodes, but that time spent in the first season means that I couldn’t help but sympathise with almost all of them.

The only exception to that outline is with Kiritsugu, whose backstory is only fully revealed in a pair of episodes halfway through the second season. These episodes aren’t bad, and contribute greatly to understanding this central character’s behaviour, but the sudden jump out of the fast-moving main plot for two episodes felt jarring, and brought everything to a screeching halt. I’ll admit I can’t think of a better way to do this, except maybe some kind of framing device, and even that’d likely be rather awkward. That and the use of CG animation are my only two notable complaints, though, and neither are especially serious.

The resolution satisfied me, as well. I won’t spoil it like I normally would in a review, but it goes on just long enough to tell us what became of the survivors and bridge some of the gap to the sequel and original, Fate/Stay Night.

Speaking of which, I plan to start F/SN soon. It’ll be my first viewing of that show since I first watched it several years ago. Unfortunately, there’s a part of me dreading that rewatch, partly because F/SN had much lower production value, and even more because much of Fate/Zero‘s appeal is the conflict between a cast consisting mostly of competent adults, whereas F/SN‘s cast is mostly teenagers. I guess I should also get to the Unlimited Blade Works film, and the Fate/Zero novel, as well?

In any case, regardless of the quality of the rest of the franchise, I’ll always have Fate/Zero.