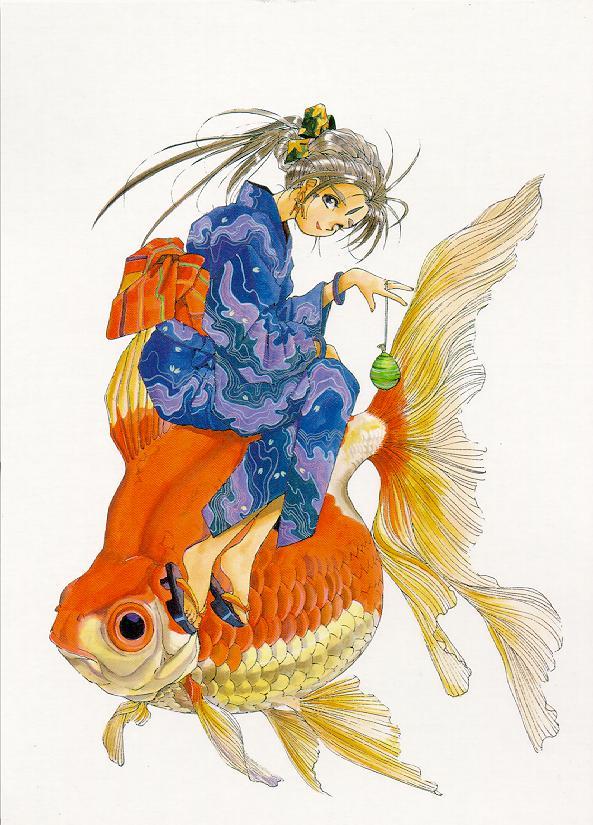 I remember looking at the first volume of Ranma 1/2 in a Bookstop outlet, knowing it was popular and liking the first couple chapters I read in the store, and hey – I could buy two or three volumes at a time! At that rate, I’d finish the whole thing  in about a year, and spend over three hundred dollars. For that money, I could buy a new game console, and some games to go with it!

Occasionally I could manage a relatively ambitious series by getting a little outside help; my parents bought me a few volumes of Monster as a gift, for example. Generally, though, that wasn’t happening, and even now I doubt I’ll ever attempt series like One Piece or Naruto, just because there’s a huge investment of not only money but also time simply to get up-to-date.

For the most part, though, I gravitated to shorter series, sometimes for better and sometimes for worse, though I don’t recall ever getting burned too badly. Even apart from the time and money investment, I suspect I’ve also been drawn towards shorter series partly because of my literary background. Lyric poetry and drama is always short, of course, but even novels are just one volume and they’re done, excepting some science fiction and fantasy series, of course, but I never got into any of those, either.

As for those few long-running series I have attempted, I’ve had mixed results. A couple of times, I’ve just lost interest partway through. I wrote about dropping series I dislike in a previous post, but this has also happened with comics I’ve enjoyed, like Dragonball. I have a box set of Dragonball and had a blast with it; I blew through sixteen volumes in a few days, but the Dragonball Z set is out-of-print and tough to find for reasonable prices, and I’ve just never bothered with buying the rest of the volumes individually. Similarly, I probably could’ve pulled through CLAMP’s Tsubasa if it were shorter; after six volumes, though, and realising that it didn’t seem to crossover with the more interesting xxxHolic too much, I didn’t much care for the prospect of continuing for twenty-two more volumes.

On the other hand, I’m certainly going to finish Bakuman, and haven’t been afraid to dig around for scanlations of Sayonara, Zetsubou-Sensei now that it’s obviously not going to be completed officially.

Clearly, I do seem to have a revulsion for extremely long series, but there is one exception – Oh, My Goddess! I could probably have just made the whole post about this one title.

I started by buying it piecemeal at Half Price Books, which was an endeavour in itself. Dark Horse’s first run of the series was in unnumbered volumes, and the content included in the early ones wasn’t even in strictly chronological order, so figuring out what order to read them in was quite the puzzle for me. Luckily, they were used and thus fairly cheap, so I’ve only had to pay full price for the second half of the series.

Goddess‘s length meant that I could fully immerse myself in it for several weeks, so I never got bored with it because of a long gap in releases. Even if I came upon a sub-par story arc, I could just blow through it and get to something more interesting. Also, spending that much time with these characters means that at this point I’m so invested that it would take a massive amount of fan abuse to get me to drop the series.

Unfortunately, now that I’m caught up, whenever there’s a dull story arc I have no choice but to stew in it, and I’ve been subjected to some truly insipid material. That’s in addition to the infamous decades-long stagnation in Keiichi and Belldandy’s relationship.

In any case, one project like that is enough. One series, one story, and that’s it – that’s the way it oughtta be!