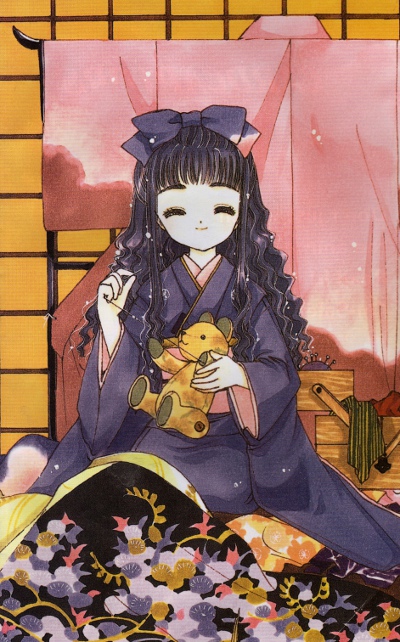 As a general point, though, already knowing the story does help immensely in following these comics. I fared much better with another CLAMP series, Cardcaptor Sakura, which I’d read in English not too long before. Being written at a generally lower level helps, too.

Prior familiarity doesn’t replace basic language skills, of course. I have the first few volumes of Oh, My Goddess! (er, Ah, Megami-Sama!), but can’t get too far in that. The difference between that and CCS is that CCS has furigana, which are small hiragana (syllabary script) next to the kanji which serve as a guide to pronunciation. It’s difficult to overstate how helpful this is, but they make looking up new words and kanji simply a matter of finding them in an alphabetically-arranged dictionary. By contrast, looking up a kanji requires breaking down the character’s constituent parts and checking an index in a kanji dictionary, which is a much more time-consuming process. Those furigana are often the difference between getting through a book in a reasonable amount of time or giving up in frustration.

In any case, the really fun part of all this is importing stuff that’s not available yet in the West, so you can look down on hoi polloi and their mainstream garbage. You’ve got the inside source, man.

Look, I’ve got It’s Not My Fault I’m Not Popular! (a.k.a., Watamote). I mean, I can barely read it myself, but I have read scanlations so I know it’s good, and having a physical copy makes it easier to keep up the illusion of my own erudition.

Oh, and supporting the artist is nice, too.

I also have We Are Cruel Angels, which I received in a translation panel at a local convention. I do have some fond memories of that panel because my sister and a friend of hers attended with me and accused me of not being able to read it. I proved them wrong, though, ’cause I could totally sound out that hiragana, man. Nailed that part. 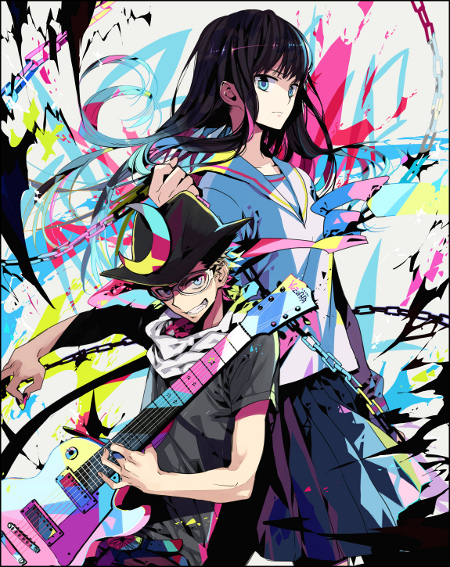 A bit later I could get the gist of the story, though, and confirmed that the panelist was just trying to get rid of some junk. It did have some fanservice, though, so I guess it’s not a total loss?

More interesting is Yuzuko Peppermint, which I heard about because the writer, Sato Dai, is a regular guest at AnimeFest over in Dallas. At least, I assume it’s more interesting. No furigana so it’s a pain to read, so I prefer to just keep up the illusion that it might be a great comic; Schrödinger’s Manga, if you will.

Hey, I started on the path of Japanese cartoons with great enthusiasm, but to quote Excel Saga, “I’m afraid the gap between [my] sincerity and [my] vocabulary is too great.” So, I’m going to end this post with a tip: if you want to read Japanese comics, screw Japanese and learn French. It’s a lot easier, and look – they have Yuzuko Peppermint; Chihayafuru, too, and A Certain Magical Index, and that’s just from a couple minutes of searching, so I’m sure you can find some other fun stuff, too.

Upon further review, maybe I should end on a more positive note? I have imported several volumes of Yotsuba&! (well, Yotsubato!), which is about the right difficulty level for me. That one’s enjoyable in any language, though, and some chapters barely require much reading at all, so Sayonara, Zetsubou-Sensei might make for a better success story. Much of the humour relies on puns, and several jokes and phrases just don’t translate well to English. I still miss many of the pop culture references, I’m sure, but overall it’s worth the extra effort to read in the original language. In fact, now that Kodansha has apparently given up on publishing it in English, I may have to import the second half of the series.

So, hey, literacy is hard, but so are most things worth doing, I suppose.