Me being such a fan of animation as animation, Interstella 5555 is a film I should’ve watched a long time ago. It’s compelling and there’s little else quite like it, and even the background of its production is interesting. As Daft Punk were producing their second album, Discovery, they hit on the idea of setting a story to the album’s music, and wrote up a plot outline. Being fans of Leiji Matsumoto’s anime Albator, they got in touch with him and he agreed to take on the project of creating an animated film set entirely to Discovery‘s music. 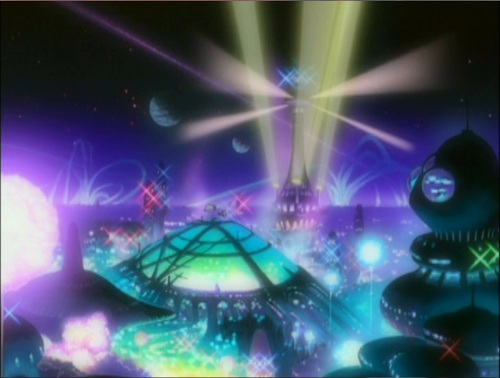 What seemed odd to me going into the film is that Discovery is not a concept album like, say, Tommy or The Wall, each of which had a loose but recognisable story. Much of this album is instrumental, and what lyrics it does have offer little more than a mood. It more closely resembles Fantasia in its approach, using the music more as a bare skeleton and focusing mostly on the visuals. There isn’t even any dialogue, and only a handful of sound effects; essentially, it’s an album-length music video.

That isn’t to say there isn’t a plot, but what plot there is I could hardly make head or tail of. The premise, from what I got, is that a guy who looks like an evil Beethoven kidnaps a rock band from a distant planet, brainwashes them, and makes a best-selling record with them as he’s done to many other alien musicians. He apparently uses all his gold records to make some kind of obelisk, which will help him… take over the world, I guess? I don’t know. As I said, there’s no dialogue, but I doubt exposition would’ve helped me much.

Luckily, none of that really matters, because the visual appeal is more than enough to hold my interest. There’s constant movement, both in the characters and camera, so I felt continuously propelled through the story; sixty-five minutes felt like the perfect length. The film’s also very colourful, not only in the costumes and backgrounds (besides a few appropriately dull city scenes) but also in the lighting. The only negative is that everything looked like it was being fast-forwarded at 1.5x speed. That’s not a big problem, especially with the quick editing used throughout most of the film, but does take a little getting used to. 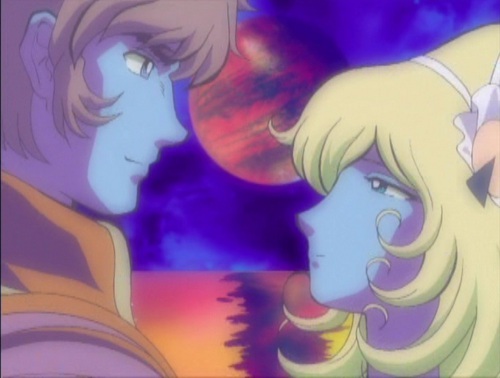 Of course, there’s also the music. Discovery is a great album, and lends itself fairly well to the transition to film.

This kind of relatively experimental film may not be to everyone’s taste, but anyone with an interest in animation, Daft Punk fans, or those curious about the film would do well to check it out.

As a final note, I notice they also cast that “Blue Three” guy from Azumanga Daioh: 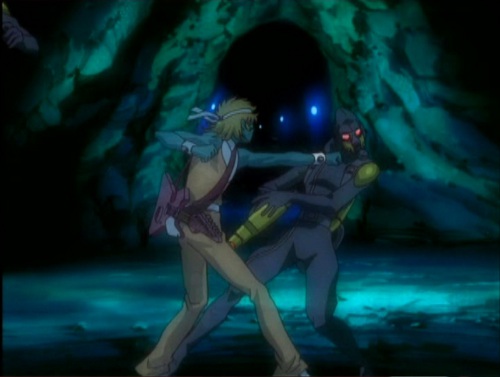