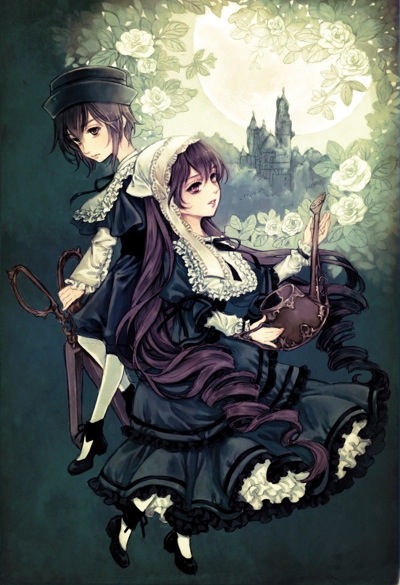 A little over a year ago, I wrote about the first two seasons of the Rozen Maiden anime adaptation (leaving out the OVA, which I haven’t seen). Now, an adaptation of Peach-Pit’s sequel has recently concluded, RM: Zurückspulen. I wrote last year that RM: Träumend is probably the best expression of Rozen Maiden‘s concept, but in some ways Zurückspulen may be slightly better. At the very least, if you liked the previous Rozen Maidens, you need to see this new version, as well.

I should point out that this is a sequel and though a newcomer may be able to make sense of events, you’ll need to have either read the original comic, or seen the anime adaptations, for the new story to be especially meaningful. For the rest of this review, I’ll assume that you have some familiarity with the RM prequels.

The backstory is a little convoluted, because it combines the comic and its (significantly different) adaptation; the first episode, a recap, ends with Jun making his decision to enter the N-Field as in the comic, but adds the (previously anime-only) Kirakishou as the main antagonist. Most of the rest of the story centres on Jun in a parallel universe where he rejected the invitation to “wind” or “not wind” and thus never met the Rozen Maidens. He’s now in college, though he often skips class, living alone, and working a somewhat lousy part-time job.

Right away, a few things stand out that make me favour Zurückspulen over its predecessors. Having an adult protagonist is always nice, and though Jun still isn’t exactly Mr. Charisma, he is less worthless than his Middle School self and, though I understand why the younger Jun acts the way he does, this older version annoys me less. Also, since Jun actually leaves his house regularly now, there are more human characters than in the past, so the world feels much larger and more real than in the older RM stories.

The animation is probably the best of any of the Rozen Maiden adaptations so far, though it took some getting used to. Suigintoh’s CG wings and the texture of Shinku’s dress, for example, are initially distracting but look good once I got used to them. The backgrounds look like photographs run through a filter, as in the screencap below, and it took me a long time to decide whether I liked them or not. I assume the characters are supposed to really stand out, maybe it’s supposed to create some kind of otherworldly feel, or maybe it’s just a cheap way to do background art, but whatever the case, once I settled into the show I liked the unique look it provides. 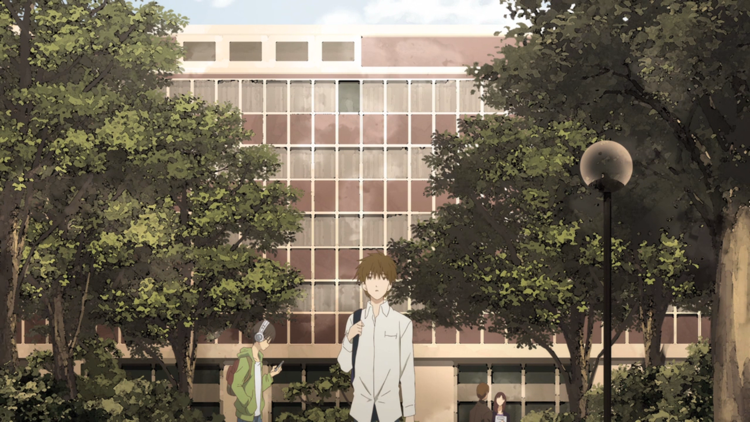 With the extra attention on Jun and his relationships with other humans, there’s less time spent with the dolls. In fact, Shinku and Suigintoh are the only ones who get a lot of screen time; Kanaria, Suiseiseki, and Souseiseki are present throughout the last several episodes and do get a fair share of screen time then, but Hinaichigo is almost totally shut out. That’s too bad, because I’ve always thought of the dolls as the stars of the show, and part of the reason why Träumend is my favourite part of the franchise is because it focuses mostly on the dolls, whereas in every other version is undoubtedly Jun’s story. We still get to see them a fair bit, but it’s all in the second half of the show; the first half is just Jun, Shinku, and Suigintoh.

The show’s pacing begins fairly slow, but picks up as it goes on. That’s not a problem, because the time spent following Jun’s day-to-day life in the first half is what gives the second half its significance, and is somewhat interesting on its own just as a slice-of-life story. I did find the first several episodes a little funny, because Shinku emphasises early on that (little) Jun and the other dolls are in danger and she can only remain in this alternate world for a short time, yet there’s almost no sense of urgency to anything she does. She still insists on going out to buy a proper tea set, for example.

My main complaint with the show, though, is that it does feel a little redundant, since it treads much the same ground as the original – an anxious, weak-willed boy learns some confidence and grows up thanks to meeting some magic dolls. The change here is more gradual, and there are enough changes that it doesn’t feel like deja vu the whole time, but, especially after the ending, there is a vague sense that this story isn’t really necessary.

BTW, as a fair warning for those who care, I’ll be mostly spoiling the ending between the next two images, so skip to the bottom of the page for the wrap-up. 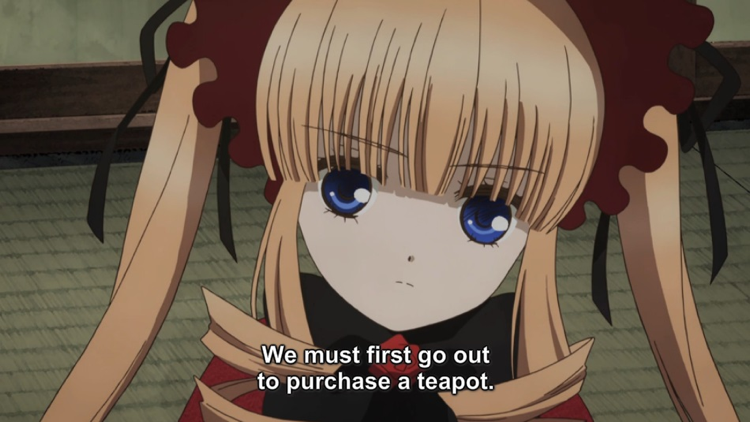 As for the ending, it’s basically the same as Peach-Pit’s ending for the original comic. As soon as Jun realises how he’s changed and decides to help Shinku, the show stops. As with the original, I understand the point; Rozen Maiden is Jun’s story, and once he’s overcome his internal conflict, the plot’s resolved and the main story is over. The dolls and the Alice Game only serves as an impetus for Jun to change. The parallel between this and the original makes it more meaningful.

However, I still find this ending frustrating. Even if Jun’s struggle is the main conflict, I’m still very interested in the Alice Game, and want to know what happens to the dolls. Heck, I’m more interested in Shinku than Jun. I’m of two minds on this one – I’ll applaud Peach-Pit and Studio Deen for a relatively bold artistic decision in denying the audience what most people want and expect, but still, would it have killed them to throw the audience a bone? 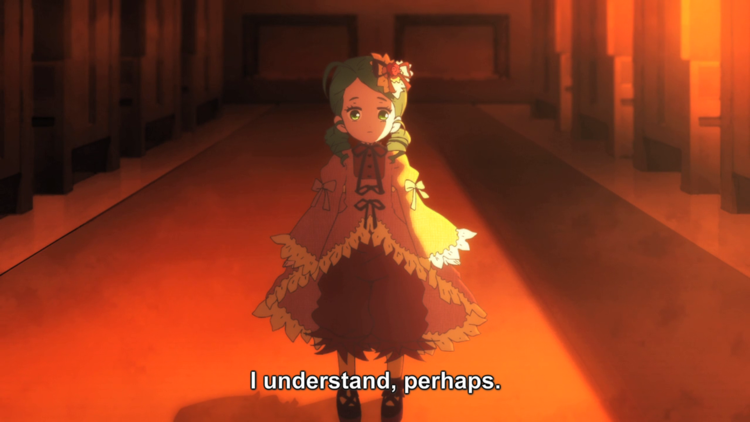 Despite my mixed feelings about the ending, I’m very glad to have seen Zurückspulen. I’ve been curious about the comic for a long time, but I’m not aware of any plans for an English-language release and, unless the anime is a big hit, I doubt there will be at this point. It may have been an unnecessary addition, being more of a further refinement of Rozen Maiden than something innovative, but on its own merits I think it is the best installment of the franchise, and if nothing else I’ll always appreciate the opportunity to see more of Shinku.