A Short Review of The Chekist

The shortest way to describe The Chekist, which covers the 1920’s mass executions carried out by the Cheka, the early Soviet Union’s secret police, would be to call it a Holocaust movie, but instead of National Socialists we have International Socialists. That does give the film, directed by  Aleksandr Rogozhkin, some novelty value since, though I can think of several films off the top of my head that deal with Nazism, if not the Holocaust specifically, the only movie I can think of to cover Communist massacres is the Polish film Katyn. If nothing else, for those who have a visceral reaction to the word “Nazi” but not “Communist,” this film should help fix that. 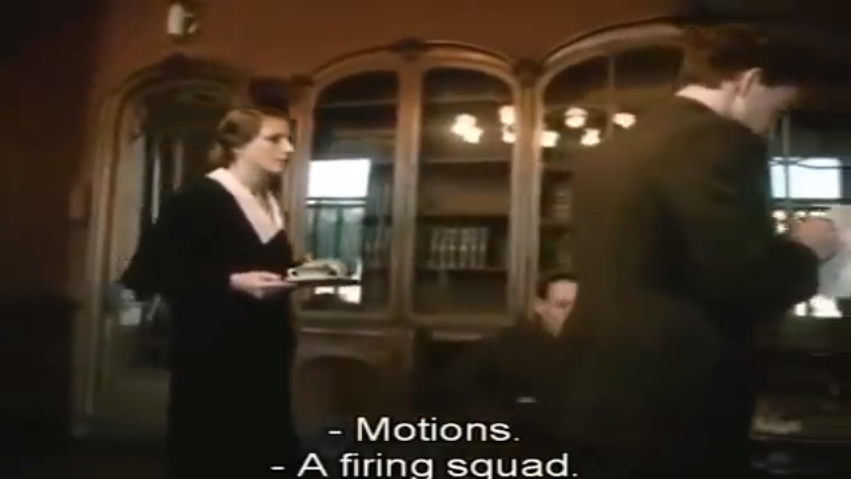 A four-word summary of the film

However, that sells The Chekist short, because it’s a worthwhile film on its own terms. The film has a rather sparse or bleak feel to it; it has very little music, a drab colour scheme, relatively few settings (and most scenes take place underground in a large basement that looks more like an abandoned mine), and not even much in the way of character development. That last observation about the characters sounds like a criticism, but I think it’s part of the filmmaker’s point – everyone simply goes about a day’s work as though they were working at a factory; it just so happens that instead of building cars or appliances they’re casually sentencing political prisoners to death and killing them a half-dozen at a time. That’s the horror of the film, the Chekists pass a sentence with no thought, soldiers in this underground facility have the inmates strip, line them up against a wall, shoot them, then cart out the bodies.

Sentencing and mass executions take up a large portion of the run time, but cruelty runs throughout the film. In one scene, for example, a Chekist is interrogating a shopkeeper who’d once employed, but fired, his father, and it quickly becomes apparent that the agent is taking revenge for the firing. The shopkeeper tries to appeal to him by pointing out that their neighbourhood had paid to send him to school even though his father had stolen from him. The agent has no response but to pathetically call the man a Jew, even though he appears Jewish, himself. 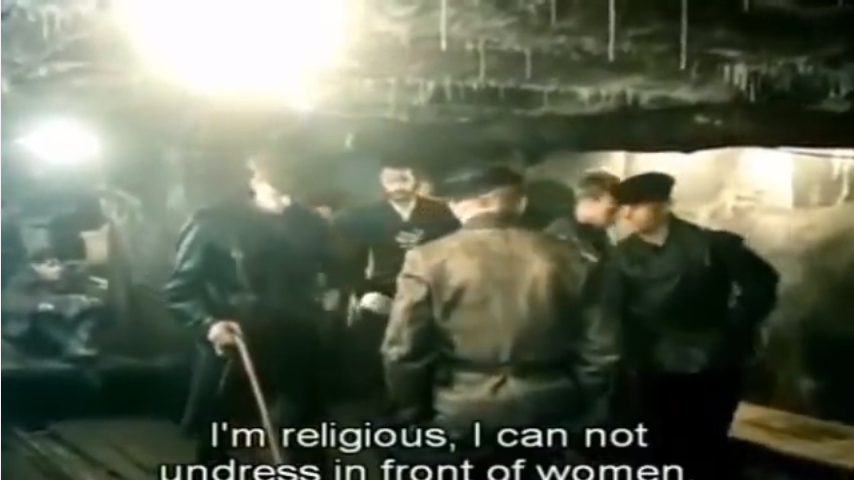 This guy’s about to have a much bigger problem

This is one of those films that doesn’t have a “good guy,” but the protagonist is a Chekist named Andrey Srubov. Initially, he appears as casually cruel as anyone else. While paying an informant who’d turned in a family member, for instance, he takes the man’s hand, looks him in the eye, and asks “Don’t you feel sorry?” Later on, though, one of his officers is caught attempting to rape an inmate. The man asks what the problem is, since she’s going to be shot anyway. Srubov objects to making the Revolution an excuse for license, and not only orders him to be executed, but to be killed before the woman so she’ll know that he’d been punished. So, Srubov does have a sense of justice, which suggests that his question to the informant may have been imposing a subtle form of justice on him, rather than sadistically toying with a desperate man. Unsurprisingly, it doesn’t end on an upbeat note, and I’ll simply say that things don’t go well for Srubov. I found the ending a little too abrupt, but that’s a minor criticism.

Overall, the film deserves more attention, both because it’s very good and because of its subject matter. The executions are difficult to watch, but if you have the stomach for it I’d highly recommend seeking it out. Unfortunately, finding a copy takes some work. As far as I can tell, there is no DVD edition, only VHS tapes that go for $90 or more on Amazon. I also checked Amazon UK and France, with no luck. It has been uploaded to YouTube, in a low-quality but still watchable version (which is where my screen caps came from), but since YouTube is rather unreliable you may have to either pirate it or spend a lot of cash and drag out the VCR. 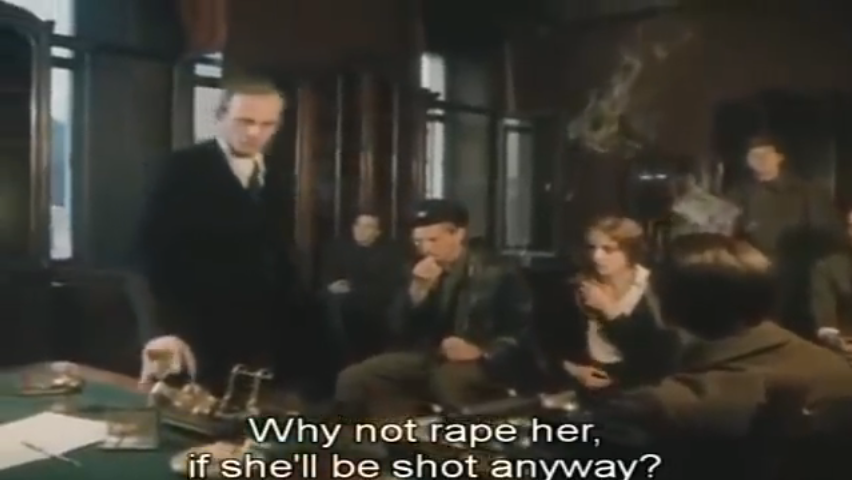 Not exactly the feel-good movie of the year