Not that I feel too sorry for myself – I had thought early in the year that I’d rather spend time on other things than web logging, though I did expect to get up more than ten posts. At least most of them turned out fairly well, including a couple retrospectives, one on serial experiments lain and another on Neon Genesis Evangelion. Speaking of Evangelion, I also wrote about the January theatrical release of Evangelion 3.0, which still hasn’t come out on glorious blu-rei. I also shared my thoughts on the other big anime theatrical release this year, The Wind Rises, which has come out on home video; based on my re-watch of the film on blu-ray, I think these early impressions still stand.

Among the normal review posts, I actually wrote about a few live-action films, which is unusual. The best of these was probably The Chekist; I also came up with a sequel of sorts to the Uncle Walt-a-thon with The Jungle Book, and wrote about the strangest book I read this year, Uzumaki.

In other news, I did accomplish my goal of reading every Mishima novel I own (which includes most of his novels available in English), which I mentioned in this Bibliophile’s Journal entry. My next project is simply to get through the stack of books I got for Christmas and my birthday, after which I’ll probably find another author to read in more depth, as I did for Mishima, though I’m not sure who to choose. Maybe Shakespeare?

Moving into more personal territory, I mentioned in my 2013 wrap-up that I had begun James Heisig’s book on kanji to study Japanese more seriously. I did finish his book earlier this year, though I’ve changed textbooks from Modern Japanese, which has the fatal flaw of not including an answer key for the exercises, to Japanese for Everyone. This is going fairly well, and I even took a trip down to Houston to take the JLPT (Japanese Language Proficiency Test) level N4 on 7 December. It was a fun weekend, in a way, except that I didn’t have time to do much, and I struggled badly on the test itself; I might have passed, but barely, and won’t get my score until February.

Other than this slow progress in Japanese, though, I feel that this past year was largely wasted, though I think I’ll start making more progress next year. I’m still at the same job that I don’t particularly like and have moved out of my apartment and into my parents’ house, however – I plan on quitting my job and going on a short-term language study programme in Japan next year. I’m not sure what the exact timeline for this will be, but I know from experience that I do snap out of Sasami-san mode when I have a specific goal to work towards, like buckling down on Japanese study when I knew I had the JLPT coming up, or saving money for my trip to Glorious Britannia back in 2011.

So, there you have it – 2014 was a bunch of nothing, but I can go into 2015 with a little hope that I can accomplish something next year. I do have a large blog post drafted and mostly done, and I may also do this 75 Books in 2015 challenge, which would give me material to write about here, so while I’ll probably not repeat the glory days (such as they were) of 2012, this blog should have more activity than this year.

Thank you for reading, and have a happy New Year! 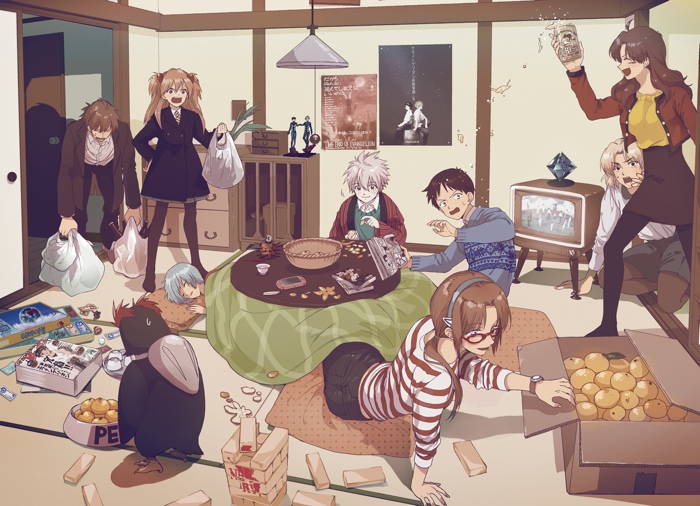