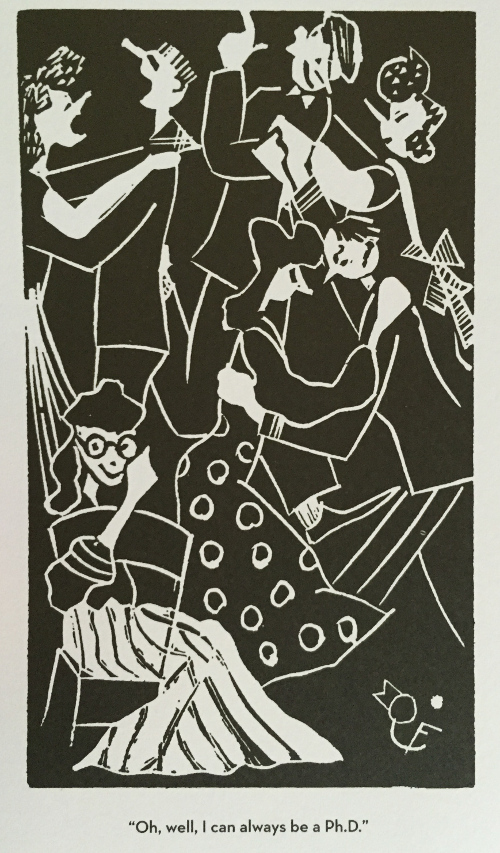 As a Southerner, Catholic, and fan of literature, one can easily guess that I’m a fan of Flannery O’Connor. If you haven’t read Wise Blood or her short stories, do yourself a favour and check them out. Her excellent collection of essays, Mystery and Manners, is also some of the best work I’ve read about literature.

When I heard about Fantagraphics Books releasing a collection of her cartoons, though, I wasn’t sure what to expect. Skill in one medium certainly doesn’t necessarily transfer to another, and most of these were originally published for her college’s student newspaper. Besides, there’s probably a reason she ultimately focused on writing rather than cartooning.

Ultimately, The Cartoons is pretty good for what it is. They’re certainly better than anything I saw in my university’s paper, at the very least. A lot of her subjects are topical to something from the particular issue a cartoon was published in, like a special art exhibit at the school or student government elections, but they’re mostly things that anyone who’s been to college can identify with. They’re not laugh-out-loud funny, but are enjoyable to read throughout.

O’Connor’s cartoons are almost all linoleum cuts, which makes the book unusual and interesting in itself, though the angular caricatures are a style you’ll probably either love or hate; I like it, personally.

The cartoons are arranged in chronological order, starting with those from high school, then her college’s main student newspaper, then other student publications. The book is laid out so that on the right-hand pages are two cartoons on a white background, while the facing page has a dark green background and tiny, almost unreadable page numbers, as well as the title of the original publication whenever a new section begins. It would’ve been nice to have a short explanation of the context of each image near the cartoon, either beside or below it or on the facing page, but instead they’re relegated to end notes near the back of the book, meaning that one is continually flipping back-and-forth while reading. I suppose the publisher did this either to avoid crowding the images or to avoid bleed-through on the pages; a worthy goal, but really – these were drawn for a student newspaper. O’Connor probably safely assumed that they’d be seen on cheap paper and crowded by an accompanying article. I appreciate the high-quality paper, but a little extra text would’ve been fine. 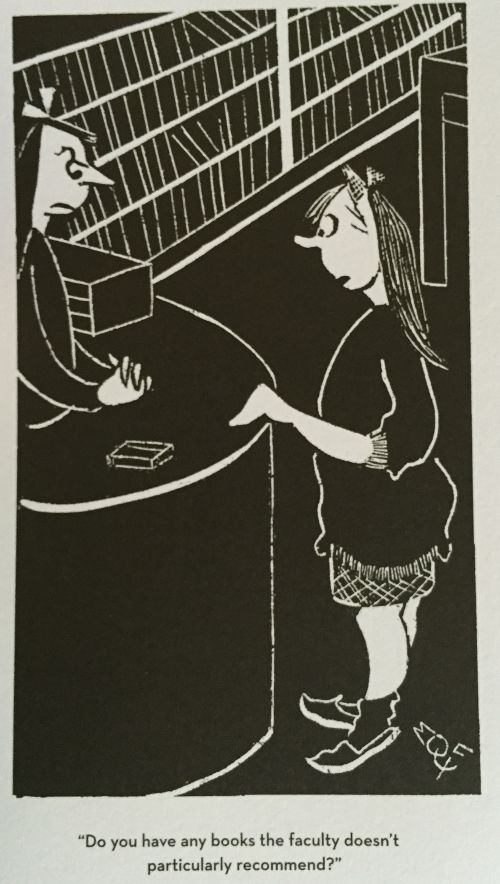 The book also includes a short introduction by Barry Moser and a thirty-page afterword by Kelly Gerald. I can’t imagine writing thirty pages about cartoons from a student newspaper, even with ample illustrations, but Gerald pulls it off by writing mostly about O’Connor’s life and personality with frequent reference to the cartoons and the time frame she wrote them in. It’s somewhat interesting, but probably overkill.

Oh, and while there is something to be said for truth in advertising, I wouldn’t have minded a more creative title for the collection.

So, is The Cartoons worth buying? If you’re already a fan of O’Connor’s other work, sure, but even then it’s not a must-read. She’s rightfully famous as a novelist and short story writer, and her cartoons are ultimately an interesting curiosity.