In fact, this was, by far, the best year ever for Everything is Oll Korrect! If 2013 was Agincourt from the French perspective, 2015 was Agincourt from the English. Not only in terms of the quantity of posts, but also, if I may say so myself, the quality (though this was a bit more uneven than in the past, because of the large number of books I set myself to review). Views are also up over 50% over last year, which had been marginally the best ever in terms of views. Everything is still far from being a high-traffic blog, but I can at least say with a straight face that I have a readership of some kind.

The primary reason for this was the 75 Book Challenge, which I successfully completed. Completed via a somewhat bush league contingency plan, but finished nonetheless. None of these were very long and the quality varied a bit; in a few cases I think it’s not hard to tell that I was just punching in a review to get it over with so I could move on to the next one in a timely manner. Also, since I’d committed to writing something about every book, I couldn’t be as selective as I’d like, so in some cases I simply didn’t have much to say about the book in question. The variety of books read also meant that the scope of this blog broadened considerably from the already unfocused “fiction” to being, well, simply a bibliophile’s journal.

Which, honestly, is fine. For one thing, broadening my subject matter meant broadening the audience, and some posts have been linked from political blogs and twitter accounts that would not otherwise have found Everything relevant. Also, the bibliophile’s journal concept is what I originally envisioned for Everything when I first decided to start taking it seriously. From now into the foreseeable future, I’ll be writing about whatever I happen to be reading, with occasional forays into editorials and the odd movie or whatever. I will, however, be more selective about what I discuss.

It took me a few posts to figure out just how to format these 75 Books posts, so I think they generally got better as the year went on. The best tend to fall into two categories. One was those where I was able to editoralise somewhat on the author’s work; for example, Edward Bernays’s Propaganda, or Julius Evola’s Fascism Viewed from the Right. The other was works of literature, since that’s what I’m most comfortable writing about; for example, Philip K. Dick’s The Man in the High Castle, Frank Watson’s translation of the Hyakunin Isshu, which he titled One Hundred Leaves, and Dante’s La Vita Nuova. My focus for most of the year, though, was history, and though these generally turned out acceptably well, I was never quite comfortable offering firm opinions since these fall outside my expertise. I also went through several graphic novels, which usually turned out well enough, though they tended to be fairly straightforward reviews.

I did get in a handful of posts outside of the 75 Books series. That includes two video game reviews, Tactics Ogre: Let us Cling Together and Tactics Ogre: The Knight of Lodis, and one of the live action film Maniac. I also wrote a couple editorial posts, “What’s the Appeal of Mishima Yukio?” and “An Experiment in Fandom Criticism.” That post on Mishima is the second most viewed post from this year, behind the 75 Books post on Richard Weaver’s Ideas Have Consequences. I also think that the Mishima post is the best I wrote this year; it was certainly the one I was most passionate about writing.

Speaking of works I was passionate about, I restarted the main part of this site as On the Origin of Fire…, which will be for my explicitly political or religious essays that are too off-topic even by Everything‘s standards. The first thing to go up there was my Commentary on Dante’s Monarchia.

One thing long-time followers will find noticeably absent is that this is the first year since I rebooted this blog in 2010 that didn’t have at least a couple anime reviews. That’s largely because of shifting interests; I didn’t watch many shows this year, and don’t plan on watching many next year, either. That said, of the few I did watch, I would highly recommend Mononoke, and might write about it at some point if I make the time to rewatch it.

Most years, I end on a personal note, but there’s little to say this year. I recently moved, though I’m still at the same workplace, and my Japanese language study hasn’t progressed as much as I’d like. I am considering a few relatively ambitious projects for next year, though.

So, thank you all for reading, and have a happy new year! 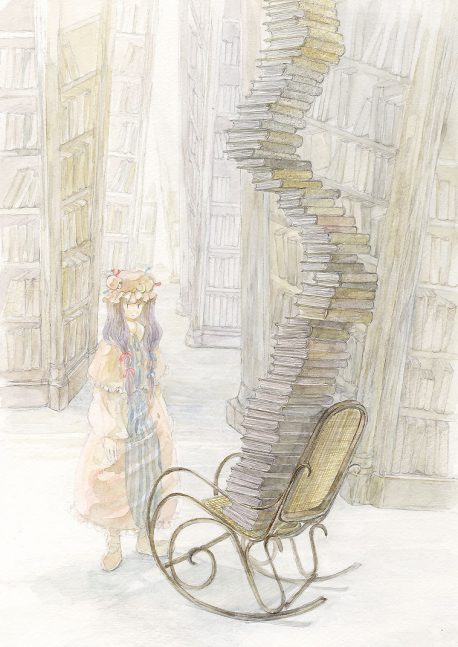 About how much it felt like I read this year