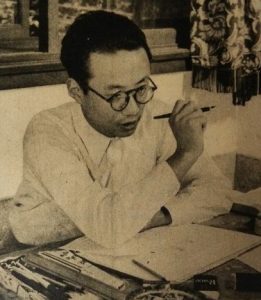 Last weekend I wrote up a recommended reading list as a permanent page, and as I came to the end I briefly considered adding a section for comics, but decided against it because my goal was to direct people to higher art; pop culture already has enough promotion.

While thinking about some of the graphic novels I may have added, I noticed that most of them were works that I’d only really recommend to someone specifically interested in the medium. I took a look at the general fiction section and considered whether I’d encourage anyone to read them before even the relatively lighter works, like The Things They Carried or The Napoleon of Notting Hill, and the answer was no, I wouldn’t.

Why is this? It’s not as though I’m only working from a small sample size; I’ve read dozens of these works, including those that are commonly cited as the best of the medium, like Watchmen, The Dark Knight Returns, a few works by Tezuka Osamu, as well as some more niche titles like Onward Toward Our Noble Deaths or A Bride’s Story. Are comics just inherently an inferior medium? How would one even go about comparing different media?

Aristotle did make one attempt at doing this. At the end of Poetics, he raises the question of whether tragedy is superior to epic poetry, and determines that it is for a few reasons. One is that tragedy is more concentrated, and thus stronger in its effect. Edgar Allan Poe made a similar argument for why poetry is best kept short, and one could apply the same reasoning to argue that, for example, short stories are better than novels. However, very few critics apply this measurement in judging the value of a work. Many people enjoy long serialised stories on television or series of novels, for example, and there is certainly something to be said for the depth of characterisation and world-building that a greater length allows. Whether a long story is better than a short one comes down to personal preference and the needs of the particular artist and the nature of the story he wants to tell. In any case, most media, novels, comics, film, etc., can be of almost any length.

Aristotle’s other point of consideration is more relevant to our purposes. “[T]ragedy,” he writes, “possesses all of epic’s resources (it can even use its metre), as well as having a substantial role for music and spectacle, which engender the most vivid pleasures.” Applying this line of reasoning to newer media, we notice that comics can do everything literature can, but also has a role for visual art. In fact, film can do even more, and if we want to narrow this further, animation can do everything live action film can, in addition to being the most spectacular art. Therefore, the highest of high art is… cartoons?

So what, exactly, is the flaw in Aristotle’s approach? The basic problem is that it deals with art only in the abstract. The most intuitive way to approach the question of which art is better than which would be to look at the works each has actually produced. This does put newer media, like film and comics (at least as comics are now known), at a distinct disadvantage. Film has only existed for a century and change, which sounds like a long time, but compared to literature, music, or painting, a hundred years ago is yesterday. Homer would’ve been writing The Iliad very approximately 2,700 years before the first movie, and The Epic of Gilgamesh is centuries older than that. However, I know of no surer way to judge art than the test of time, by which standard we’ll have to revisit the question of the relative value of film and graphic novels in a few centuries.

As for spectacle, I love it as much as Aristotle does. Seeing Evangelion 2.0 in theatre is one of my favourite experiences with art, and my heart races every time I rewatch the climax of that film. My heart also races, though, just before the climactic battle of The Ballad of the White Horse when the Mark, the Roman, steps forward and instructs his fellow soldiers, should he fall:

Lift not my head from bloody ground,
Bear not my body home,
For all the Earth is Roman Earth
And I shall die in Rome.

Evangelion 2.0 is more spectacular, but is it more memorable, or even more effective? Well, no, not really.

Now consider what it takes to create these works. Evangelion 2.0 took a whole studio with a lot of time and a large budget. The Ballad of the White Horse was created by G.K. Chesterton by himself at a typewriter. Aristotle does mention that the effect of tragedy is, to a large extent, dependant upon the skill of the actors; more complex media are even more dependant upon a group of people and external factors like, again, time and budget. I once heard of a film producer who would applaud at the end of every movie he saw, no matter how bad, because he knew how difficult it was to get a movie made at all.

This brings us to a consideration that Aristotle left out, universality. Everyone can tell a story, sing a song, or draw a picture. Some better than others, obviously, but these are media that anyone could produce and appreciate. Putting on a play, drawing a comic, and filming a movie are much dicier propositions.

So, we’ve essentially reversed Aristotle’s metric, but we’ve arrived at a more plausible answer. What’s wrong with comics and film? Nothing inherently, they just have not yet produced great works in anywhere near the quantity older media have. Perhaps they will someday, but the logistics involved puts them at a permanent disadvantage.

Finally, what is the best art? I would answer epic poetry. All men can tell stories and enjoy hearing them, and epic poetry is the most demanding form of storytelling. There aren’t a lot of them, relatively speaking, because, though they depend on only one person, they demand a lot of that artist. Given the “greatest hits” of epics, though, I feel quite confident in my assertion: The Iliad, The Odyssey, The Aeneid, Beowulf, The Divine Comedy, Paradise Lost, and The Cantos. Even an epic comedy like The Hunting of the Snark has a lot to recommend it.