The most popular of those posts was my article on Robert Lewis Dabney’s book A Defense of Virginia and the South. This was also the most ambitious of the year and the most difficult to write because it took me a while to decide how to approach a book so wildly politically incorrect. I decided to give a brief introduction and conclusion, but mostly let Dabney do most of the talking for himself as I go through chapter-by-chapter. At 5,556 words it’s also by far the longest I’ve ever written, over twice as many as the second-longest’s 2,180 words. That second-place finisher was also the third most-popular of the year, “Why Do You Not Study the Odes?” This was my call to everyone, but especially those on the Right, to focus on the beautiful and not get caught up in outrage porn and degeneracy. In my opinion, these two are my best posts of the year, though I slightly prefer “Odes” because it’s on a subject I’ve always cared a great deal about but haven’t addressed adequately before. I’d give a bronze to “Is There a Hierarchy Among the Arts?” This also addresses a topic I’ve touched on previously, but this is easily the best expression of it.

Those posts were like small projects, which also made them satisfying to work on, but it wasn’t all work this year. The Halloween special on Edgar Allan Poe, reviewing Tales of Mystery and Imagination, was great fun to write, as were my reviews of Lewis Carroll’s most famous works, the Alice novels and The Hunting of the Snark, which also include some general observations about appreciating Carroll’s writing. The most enjoyable of all to write, though, was my review of the Nintendo 64 classic Mischief Makers, “Mischief Making in Two Wonderful Dimensions.” Reviewing a platforming game was not in my wheelhouse and could probably be improved, but the first half let me indulge in some nostalgia from my childhood, which I hope readers could relate to and enjoy, as well. That was my only video game review of the year, but for the second year in a row there was no post at all touching on anime, the first time since 2010 no reviews of graphic novels. In fact, I hardly touched on popular culture at all, so I seem to have set a record for Serious Business.

Speaking of Serious Business, one goal for the year was to improve my knowledge of the capital-‘C’ Classics, which was fairly successful. I read and reviewed Herodotus’s The Histories, Robin Waterfield’s collection The First Philosophers: The Presocratics and the Sophists, Homer’s or maybe the Homer Fan Club’s The Homeric Hymns, as well as several of Plato’s Dialogues. I introduced that project with a few words on my approach to the subject and on Lysis, Laches, and Charmides in a single post, then moved on to Meno and then Euthyphro. I do get intimidated writing about authors of Plato’s stature, but I think the latter two posts turned out fairly well, and I look forward to reading and discussing more of the Dialogues next year.

Speaking of great authors, I also set a goal to read all of Shakespeare this year, as mentioned in this brief discussion of 1 Henry VI. That didn’t come close to happening, though I did get through a few plays and I’ll continue working my through all of his work, slowly but surely. Of those I did get to, I think the post on Richard III, which includes some observations on reading Shakespeare generally, turned out best, and the one on 3 Henry VI is also alright. I also wrote about 2 Henry VI and Titus Andronicus, the latter including some brief notes on Two Gentlemen of Verona and The Taming of the Shrew.

What else? The First World War in Colour was one of the most interesting books I read this year, as were Raphael Semmes’s Memoirs of a Service Afloat During the War Between the States and Klemens von Metternich’s memoirs. In poetry, I covered Ben Jonson and the Cavalier poets, and in religion G. K. Chesterton’s classic Orthodoxy and St. Robert Bellarmine’s extremely thorough defense of the papacy, De Romano Pontifice; that post on Bellarmine’s work covers the first part, but it also applies to the second, which I read later in the year. Finally, there’s an overview of Mencius, which somewhat to my surprise was more popular than all four posts on Plato combined. Those of you interested in Mencius and Confucius may want to take a look at the Confucian quotebot I created on Twitter this year, Confucian Classics (@UnwobblingPivot).

I must also mention that I added a new page, a list of recommended reading. I also, after several years, switched to an updated theme this December, though I kept the style similar enough to the old look that I wouldn’t blame anyone for not noticing.

Where does Everything go from here? As mentioned, I’ll continue reading and writing about Plato and Shakespeare. I also plan on undertaking a relatively large writing project, which may slow down the posting schedule here, but I also have an idea for a new series that would keep posts coming at a regular pace. No guarantees on either, though – I tend to jinx myself on these public commitments, as I found this year. I will try to write articles on some of the works from that recommended reading page; it’s a little thin at the moment. More reviews of pieces of popular culture are also possible, if I read or watch anything interesting enough.

Last year I had little to share as far as personal notes; the publicly interesting stuff is what’s already on this blog or my Twitter account, family matters are of little interest to anyone beyond one’s own family, and my work isn’t interesting even to myself: Je suis intact, et ça m’est égal. That said, I am taking a step toward a new career in a new town (pic semi-related). 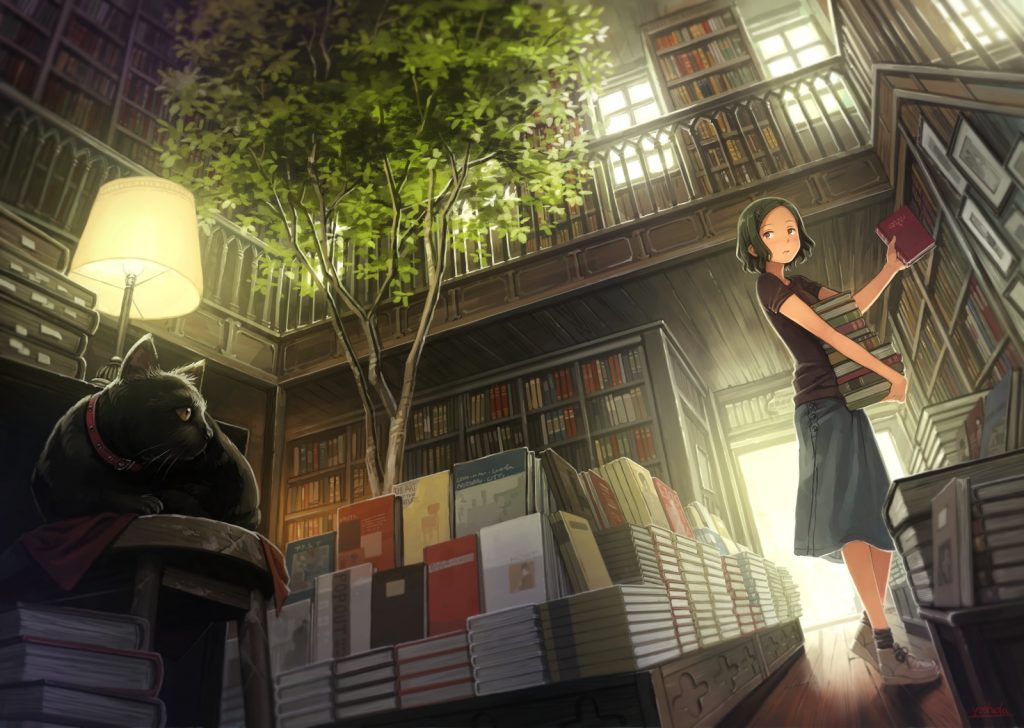 So, let me close out this post and the year by saying thank you all for reading, and have a happy New Year!