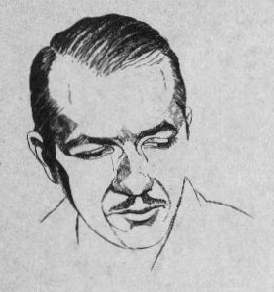 Now, so far this may sound less like a novel and more like a political allegory, like St. Thomas More’s Utopia or parts of Plato’s Republic, but a large reason why the novel works is that this is all presented naturally as part of the story or in the interest of world-building, and Heinlein never goes off on overly-lengthy tangents. So, the private currency is mentioned only in a few lines here and there to give an idea of how the colony is faring economically. The private courts only come up when a character is introduced by being dragged into one. The speech on framing a constitution does go on for a couple pages, but even that doesn’t extend longer than is needed for the plot. In short, there’s enough of these ideas to satisfy those who enjoy political speculation, but at no point does it feel preachy or interfere with the story. Those with an especially low tolerance of Libertarianism, or Liberalism more broadly, will almost certainly find some of the social Liberalism grating, as I did, but the rest of the story is good enough that I’m perfectly willing to overlook that. For what it’s worth, Heinlein himself seems to realise that even if this sort of society could come about, it’s not necessarily sustainable long-term.

The plot does depend enough on suspense that I’ll avoid spoilers and simply sketch out the premise. The Moon has, for several decades, been used by Earth as a penal colony; because of physiological changes that take place when someone is on the Moon for too long, though, any sentence to Luna is necessarily a life sentence, not only for the prisoner but for any descendant he may have while there. Because of this, both the prisoners and anyone sent to Luna as a worker have essentially turned the penal colony into a fully functioning, independent society; “independent,” that is, aside from a loose governance structure run by the Federated Nations, essentially a successor to the United Nations. Think “Space Australia,” and you’ll be fairly close to the mark. On Luna, though, a movement for full independence has been growing, and Manuel, our protagonist and narrator, gets reluctantly dragged in.

The narration style, I should mention, reminds me of Anthony Burgess’s A Clockwork Orange in that it’s mixed with frequent neologisms, loan-words from Russian and a few other languages, and a simplified grammar. It’s not as elaborate as Burgess’s work, and one mostly stops noticing after a few pages, but it’s a nice touch of world-building.

In any case, in the course of Mannie’s work repairing computers for Lunar Authority, he meets Mike, who will become the engine of the rest of the plot and the most interesting character in the book. Mike is the Authority’s supercomputer, supervising the colony’s utilities, banking system, phones, and most everything else, and though no one but Mannie has realised it, Mike’s become self-aware. When we first meet him, he’s interested in humour; he’s just played a prank by giving an Authority employee a paycheque for several orders of magnitude greater than his actual salary, and wants Mannie to analyse a long list of jokes and explain to him which ones are funny and why. His personality continues to grow and develop throughout the book, and by the end it’s easy to forget that he is a computer and not a human. If someone made a film adaptation, I imagine his voice at the beginning sounding similar to HAL 9000’s famous near-monotone, but sounding fully human by the story’s climax.

When I first read The Moon is a Harsh Mistress several years ago, it immediately became one of my favourite novels. On re-reading it, it still is. I don’t think it’s a great work, but it is on the bubble of inclusion on my recommended reading list; it’s mostly some of the sillier Libertarian stuff keeping it off. That said, if you have any interest in science fiction and aren’t the world’s purest anti-Libertarian, it’s undoubtedly worth a read.