Like any bibliophile, I have stack of books that I plan on reading eventually, so it’s fairly common for a book to hang out on the shelf for months, even years before I get around to it. As soon as I heard about From Irenaeus to Grotius: A Sourcebook in Christian Political Thought, though, I knew I had to make it priority. So, after only, well, a year or so, I got right to it. After all, it features many saints and Fathers of the Church, as well as other luminaries like Origen, William of Ockham, and John of Paris. Unfortunately, it suffers the same weakness as almost all anthologies, and the whole is less than the sum of its parts.

Obviously, editors Oliver O’Donovan and Joan Lockwood O’Donovan could only include excerpts from the works of the various authors, aside from a small handful of especially short pieces. So, one only gets a general idea of each writer’s positions. It’s like going to the movies, but instead of a single full-length feature film you sit through a succession of trailers for two hours. 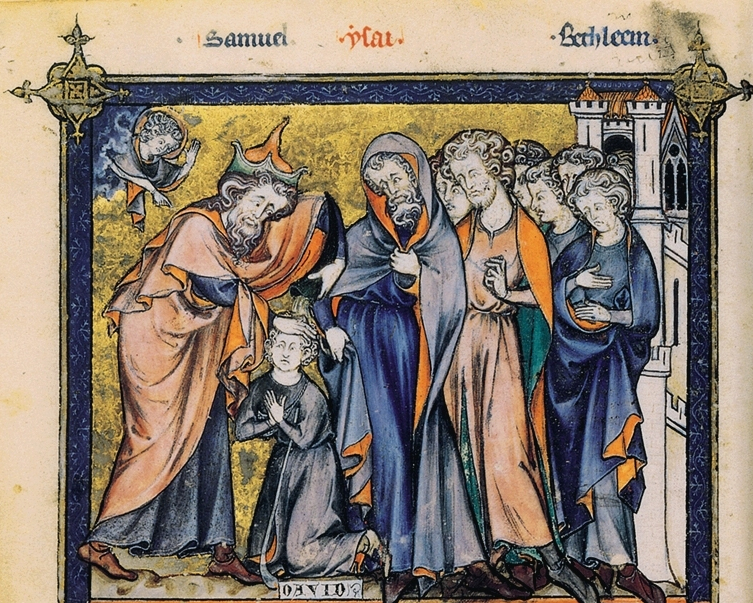 An anthology like this can still work if organised around a single theme. A collection focusing on, say, just war theory, capital punishment, monarchism, or some other single topic would at least have a common thread uniting the disparate works. These and other subjects do recur, of course, especially within a given era, and to their credit the editors do take care to point out these common themes. That’s not quite enough, though, and for the most part this book just makes me wish I were reading the full works instead. Offering a preview of all these authors isn’t nothing, of course, but I’d hoped for more.

Not that there isn’t plenty of interesting material here, of course. For example, in Pastoral Rule Pope Gregory the Great describes the manner in which a ruler, religious or secular, should approach his subjects, and specifically the relationship between authority and fear:

For Peter, who had received from God the principality of Holy Church, refused to accept from Cornelius, acting well and prostrating himself humbly before him, immoderate veneration, saying: “Stand up; do it not; I myself also am a man” (Acts 10:26). But when he discovers the guilt of Ananias and Sapphira, he soon shews with how great power he had been made eminent above all others (Acts 5:1-11). For by his word he smote life of them whom he detected by the penetration of his spirit; and he recollected himself as the chief agent against sins within the church, though he did not acknowledge this before his brethren who acted well, when honour was eagerly paid him. […]

Supreme rule, then, is ordered well, when he who presides lords it over vices, rather than over his brethren.

This understanding of authority is repeated by several of the authors here. Isidore of Seville, in Sentences, makes a similar point and emphasises that a king must always practice virtue:

“Kings” (reges) are so called from “acting rightly” (recte agendo); the title of king, then, is retained by doing right, forfeited by doing wrong. Holy men, we find, are called “kings” in sacred literature because they do right and govern their own senses well, subduing their recalcitrant impulses by rational judgment. The title “King” is well deserved by those who have learned to direct themselves as well as their subjects by ruling well.

A few other authors give much the same etymology of “king,” and the idea that the sovereign holds his title by virtue and loses it by vice reminds one of the Confucian “Mandate of Heaven” concept. What are we to make of tyrants, then, who evidently hold power despite their viciousness? Jonas of Orléans addresses this problem in The Institution of the King here:

Someone who holds sway over other mortals for a time, then, should realize that God, not men, has given him the kingdom. There are those who rule by divine gift, and others who rule by divine permission. Those whose reign is religious, just, and merciful, evidently rule “by God.” Where it is otherwise, they rule not by his gift but solely by his permission. And of these the Lord says in the prophecy, “I shall give you a king in my anger” (Hos. 13:11); and Job (34:30) says: “He makes a hypocrite king for the sins of the people.” As Isidore puts it, “By God’s wrath the peoples receive the ruler their sins have deserved.” It is clear, then, that no human cunning, no human pleading, no human might confers a kingdom on earth, but virtue – or rather, the hidden decision of divine providence; and for that reason anyone to whom God grants a kingdom should arrange for its management and government in keeping with his will, inasmuch as he hopes to reign in perpetuity together with him from whom he received it; for it does him no good to be head of a kingdom on earth if he ends up (God forbid!) in eternal banishment.

Now, whether From Irenaeus to Grotius is worth the fairly steep price for a paperback is difficult to say. There’s a lot of great material here, but as a whole reading the book is a somewhat frustrating experience. If you’re looking for an entry point for Christian political writing, this is as good as any. You’ll probably find yourself looking for something deeper quite quickly, though, because while this is a good starting-point, that’s about all it is.

3 thoughts on “From Irenaeus to Grotius: A Sourcebook in Christian Political Thought”