So. The Spear-Danes in days gone by- wait, that’s a different story. Mine’s a little less exciting than that, I’m afraid.

It’s still exciting to me, though, because as of today, Everything is Oll Korrect! is ten years old. There are a few ways I considered marking the occasion, and I was originally concerned, as I usually am, not to be overly self-indulgent. However, for a once in a decade event, I’m going to set that aside, mostly, and do something that’s become rare on this web log and talk about myself. Now, much of Everything‘s history is in the year-end reviews in the last section of the index page, which cover 2011 on. Before that, the whole blog was something of a mess, but I suppose we can take a moment to run through it quickly. 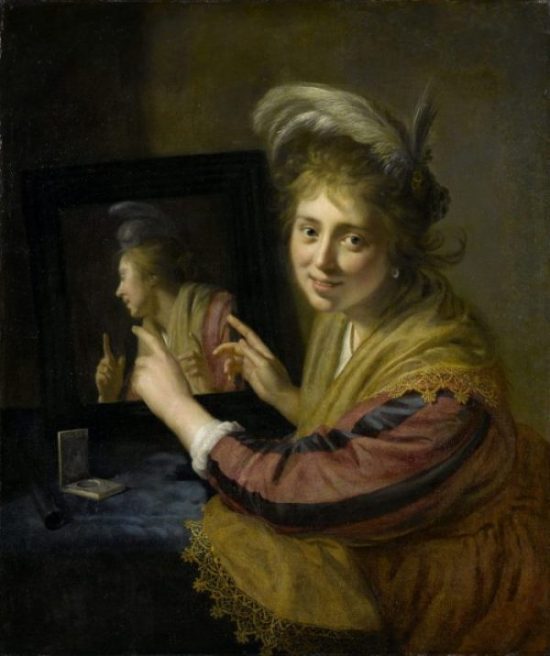 Everything started as a class project for a course on new media (this was when people were still excited about Web 2.0, and when YouTube, Wikipedia, Twitter, and WordPress were relatively new and just getting firmly established). Most posts for the first few months, then, were assigned, and it’s not hard to tell. I was a college-age delinquent, after all, goofing off in used bookstores and the campus library, or writing parody verse that was amusing to an audience of approximately one (though that one did happen to be the most important person, myself). Some posts have the seed of a good article, but I was clearly working on a deadline and just mailing it in, so they’re too undeveloped to be interesting. I enjoyed it, though, so when the class ended I re-branded it and kept going. However, posts were very sporadic, unfocused, and often just me ruminating on whatever crossed my mind. Like, “What am I even doing in college?” My main problem was that I didn’t really have a topic, especially not one that I felt I could comment on with any authority.

In 2010 I decided to start taking this more seriously, so I moved from WordPress.com to my own domain. Things didn’t get going until late 2011, though, when I started posting on a weekly schedule. I initially thought about making this basically a journal of my own academic interests, but I still didn’t have the confidence to write about serious subjects, for the most part, so I turned to writing mostly about popular culture. As a result, from then up through spring 2013 this was a de facto aniblog. That was fun, and it taught me how to prepare and format reviews, but by mid-2013 I was burning out. There’s just not all that much to say about most works from pop culture and doing basic thumbs-up or thumbs-down style reviews didn’t hold my interest, so the blog floundered through to the end of 2014, which ended with “A Decade’s Worth of Serial Experiments.” That would be my last anime-related post, and though I may return to the medium in the future if something is particularly noteworthy, covering my favourite work in the medium felt like a good way to give some closure that era of the blog.

In any case, things turned around in 2015, when I undertook LibraryThing’s 75 Book Challenge. Not only did I read seventy-five books that year, but I resolved to write about every one of them. Several of these would be graphic novels, well within my wheelhouse at that point, but this would be the last year where I wrote about those with any regularity. My resolution forced me also to write about works of history, fiction, and anything else. Several of my early attempts were, again, undeveloped, partly because of inexperience and partly because, hey, I had to read and review dozens of books, but doing that gave me the experience and confidence I’d need to start writing about serious literature, which is what I’ve primarily been doing ever since. I even found the time to write a relatively long commentary on Dante Alighieri’s book Monarchia, and in doing so revived the non-blog part of Everything is Oll Korrect!, which I titled On the Origin of Fire…

It was also at about that time that I became more a part of a wider community. Aniblogging was fun and all, but since my blog and Twitter presence were never very big it was a somewhat lonely enterprise. Sometime around, I think, late 2012 or early 2013 I discovered and began gradually moving into Twitter’s more political waters. As my primary interests and thus blogging topics changed, so did my audience. I got a noticeable, and appreciated, boost in 2015 when Nick B. Steves began including relevant posts in his “This Week in Reaction” features, first at his own blog and then at Social Matter. Earlier this year I even branched out and was invited to contribute occasional articles to Thermidor Magazine.

To put all this another way, I look at my blogging career as having four episodes. The class project, the unfocused independent days, the focused but trivial, and the focused and (mostly) serious. I still venture into popular culture now and then, but probably the largest change over the past decade is that, for the past couple years, I’ve had a sense of purpose with this. It’s still primarily a personal project, journaling whatever media I happen to be interested in, but I view this as a civilising project. Civilising myself, of course, but also doing something to encourage readers (now that I have a non-trivial number of them!) to improve themselves, mostly through engaging with classics in literature, as well as works of non-fiction and other such things. I’ve always thought of my blog as implicitly Right-wing, but only recently has that become true. The world is an ugly place, and many people love wallowing in it. What I’m trying to do is offer an alternative to modern cultural coprophilia, and I’m glad to say that I have had some success since a few different people have told me that my writing has, in fact, encouraged them to read more, and specifically, read the classics that I so often recommend.

Everything is, honestly, something I’m very proud of. Web logs have an astonishing mortality rate, and those that even get off the ground seldom last longer than a year or two at the most. Mine isn’t the oldest still-active blog out there, or even all that close to it, but in internet terms I’m the equivalent of a Biblical Patriarch and have no desire to quit any time soon. So, allow me to raise a toast to myself, to another ten years, and like Ben Jonson,

Swell me a bowl with lusty wine
Till I may see the plump Lyaeus swim
Above the brim;
I drink as I would write,
In flowing measure, filled with flame and sprite.