Seventh Friend: James Graham, Marquis of Montrose, “On Himself, upon Hearing What was his Sentence” 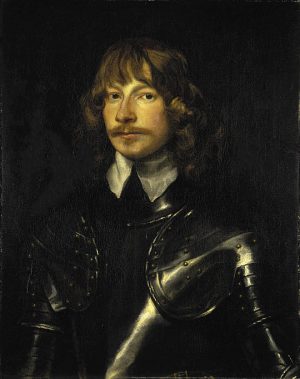 Today in the United States, we’re celebrating Thanksgiving, commemorating that well-known story of Native Americans helping out a bunch of proto-Yankee Puritans… Well, that was nice of them, I must give credit for that, but if the Natives had seen the future they may have followed the example of the friend we’re meeting today and done something far more laudable: not feeding Puritans, but fighting them.

James Graham, Marquis of Montrose, is one of my favourite of the Cavalier poets. Part of the reason, of course, is his poetry; I especially like “My Dear and Only Love,” which is a good romantic poem in its own right, and the specific imagery he uses to describe a loyal relationship between husband and wife, monarchy, is apt but today has the added satisfaction of political incorrectness. He also, of course, supported the Royalist cause in the English Civil War. Interestingly, though, he was a Covenanter, and as such opposed King Charles I insofar as the King attempted to impose Anglican forms of worship on Scotland. However, he insisted throughout his life that he was both a Covenanter and loyal to the monarchy, and in 1644, with the Civil War underway, he was appointed lieutenant-general and won several victories in Scotland. Unfortunately, the Royalists lost, Charles I was martyred, and so Montrose fled to the Continent, but returned to Scotland in 1650 with a force of about 1,200 men. That invasion failed and he was ultimately captured and hanged.

Before his execution, though, he did write one more poem, “On Himself, upon Hearing What was his Sentence,” which is the one I’ve chosen to memorise:

Let them bestow on ev’ry airth a limb;
Open all my veins, that I may swim
To Thee, my Saviour, in that crimson lake;
Then place my parboil’d head upon a stake,
Scatter my ashes, throw them in the air:
Lord (since Thou know’st where all these atoms are)
I’m hopeful once Thou’lt recollect my dust,
And confident thou’lt raise me with the just.

An “airth,” by the way, is a quarter of the compass.

So, normally, I’d call that sort of imagery melodramatic, but from someone who knows he actually is about to die, all I can say is that this how one faces death like a man. The gory touches are justified, since according to the Montrose Society, “After he was dead his head, his arms and his legs were cut off, the head placed on a spike on the Tolbooth where he had spent his last hours, his other limbs were placed in the [four] major cities of Scotland in places of prominence.” So, as it happened, they basically did “bestow on ev’ry airth a limb.” Nonetheless, as he was led to the gallows and saw the gibbet he simply asked, “How long am I to hang here?” As if he had an appointment or something afterwards. His last words were “God have mercy on this afflicted land.”

This is a fine poem in its own right, but it’s this background story that makes it especially interesting. I doubt I need to stress the point, but there’s also a moral example here on how to behave when you’re seemingly defeated – but also never to lose hope. In 1650 the Royalist cause seemed lost, but ten years later, in 1660, the Puritan Interregnum ended and the monarchy was restored. Today the monarchist cause is again in poor shape, but the one way to guarantee that we lose is to give up. So, “Viriliter agite, et confortamini” –  act manfully, and be strengthened. In the worse case, you’ll have the opportunity to leave behind an immortal death poem.