What shall I render to the Lord, for all the things that he hath rendered to me? Things continue to improve here at Everything is Oll Korrect! This is the third year in a row that views have been up, and quality, if I may say so myself, has held up pretty well. I wrote forty-six posts this year, which is the most since 2012, when I had a weekly schedule. There’s also a major change up ahead for me personally, but we’ll get to that.

Focusing in the blog for now, the first half of the year was more or less business as usual; I’m mostly happy with post quality, but, though I didn’t have any long hiatuses, articles came rather irregularly. There was a turning point halfway through, though, when I made “An Ascent with Xenophon.” In that post, which mostly draws from Bl. John Henry Newman, I pledged to aim for more depth in my reading and writing. That is, though I’ve always had a great breadth in knowledge, like Cardinal Newman’s example of a bright but unexemplary student I didn’t hang long enough on any one idea. So, I redoubled my efforts to make the most of the reflection and analysis of my books that this blog affords me, and I think post quality reflects that. My one fear was that this would slow down my pace of writing even more, but in fact, the opposite happened. For the past few months I’ve had a new post almost every week, and sometimes two in a week. Now, several of those were short reflections on single poems, but nonetheless, it’s a pace that matches the 75 Book Challenge in 2015, and is close to my aniblogging days in 2012.

The biggest change around here was that I was invited to contribute to Thermidor Magazine. I currently have seven articles over there, beginning with a review of Chesterton’s The Man who was Thursday. I can’t decide which is my favourite, though the most recent, my review of Yuri Pines’s book The Everlasting Empire, may be the best. I also covered Sappho’s poetry, the Confucian classic Book of Documents, Tim O’Brien’s war novel The Things They Carried, Hesiod’s epics, and Aristotle’s Poetics. As an aside, my first two posts over there both received as many views as Everything‘s all time most-viewed post, and Thermidor has only grown significantly since then. I haven’t asked about how my articles are doing since those, but it is a little humbling!

In any case, I also continued my series on Plato’s dialogues, primarily in the second half of the year. I think of these posts as the most important I write, and put a lot of care into every one of them. I think that Protagoras turned out best, though Gorgias received the largest response. My personal favourites to write, though, were the Greater and Lesser Hippias, mostly because I like Hippias as a character. I’ll finish the series next year, but I’m not sure what I’ll do next. I will cover Aristotle, though probably not as thoroughly as Plato, and a couple more works from Xenophon; soon I’ll start moving on to the Romans.

This was a big year for poetry. Much of this comes from the 100 Friends series, but I admit I may shelve this project as too tedious. I may convert it into simply writing about a hundred poems, rather than memorising all of them, but this feels cheap. We’ll see. Outside of that series, and besides those already mentioned, I also covered Pindar’s Odes, Edgar Allan Poe, and the Book of Odes so beloved by the Confucians.

Speaking of the Confucians, again besides those already mentioned, I reviewed Xinzhong Yao’s book An Introduction to Confucianism and attempted to answer the question, “Which Translation of the Analects Should I Read?” Filling out this year’s roster for the Western Classics, I did cover some of Xenophon’s treatises, and the small-‘c’ classic Frankenstein, that is, the original novel. St. Robert Bellarmine made his annual appearance thanks to his catechism, Doctrina Christiana, and Chesterton stopped by yet again with The Everlasting Man.

Believe it or not, I also covered a few new books in addition to O’Brien’s novel. Those include Northern Reaction, by Bill Marchant, Arika Okrent’s In the Land of Invented Languages, and Kondo Marie’s The Life-Changing Magic of Tidying Up, which I proclaimed partly but not entirely jokingly, “the most reactionary book ever written.” I felt a little guilty for using that clickbait title, but it was my most popular post of the year by a wide margin, except for those published at Thermidor. We may also mention here, since it’s new by my standards, Robert Heinlein’s The Moon is a Harsh Mistress.

Finally, I made a triumphant return to aniblogging – sort of. I did cover anime for the first time since 2014, by comparing two Shinkai Makoto movies, 5 Centimetres per Second and the recent hit, Your Name. I also reviewed two Rankin/Bass films, The Hobbit and The Last Unicorn. You’ll likely see more movie reviews next year, not necessarily all animated, though literature will remain the focus.

There is one more post worth mentioning, and that’s my tenth anniversary special. The only thing I’ll add to it here is an observation my father made to me a while back, on the twentieth anniversary of his start in his career. He said there are quite a few men in his field who claim to have twenty, or however many, years of experience, but often they only really have one year of experience twenty times over. In other words, they learn the basics but never really expand beyond that, never build on what they already know. So while looking back on the last ten years of Everything, I’ve asked whether I have ten years of experience in blogging, or just one year ten times over. Honestly, I think I have, but I’ve found that thinking of that conversation now and then encourages me to improve year to year, every year.

Now, the future. I currently work in IT, but I’ve never quite been happy doing this, and last year I said that I planned to move on to something else. There were some delays, but next month I’ll begin graduate school, pursuing a Master’s degree in Library Science, and will also begin looking for a new job. Going back to school feels like a regression to the beginning in some ways, but ultimately I do think that this is my best way forward.

How will this affect the blog? I do have a queue of posts scheduled for the next few weeks and will continue working ahead, and will also experiment with posts that don’t require a lot of time to prepare like those in the 100 Friends series and film reviews. Thermidor Magazine will also be a priority, and I plan on contributing an article there every month. I don’t anticipate hiatuses, then. However, more demanding material, like Plato’s dialogues, worry me. I have little choice but to prioritise work and school, and I don’t want to cut corners when reviewing books that deserve a full treatment. I’ve built up a lot of confidence in my abilities, but confidence isn’t always enough, so prayers are always appreciated!

In any case, that’s how Everything stands as of the end of 2017. I hope you all had a merry Christmas, and have a happy new year! 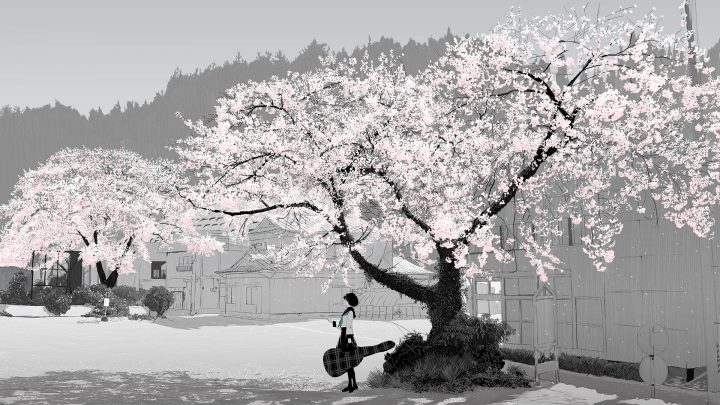