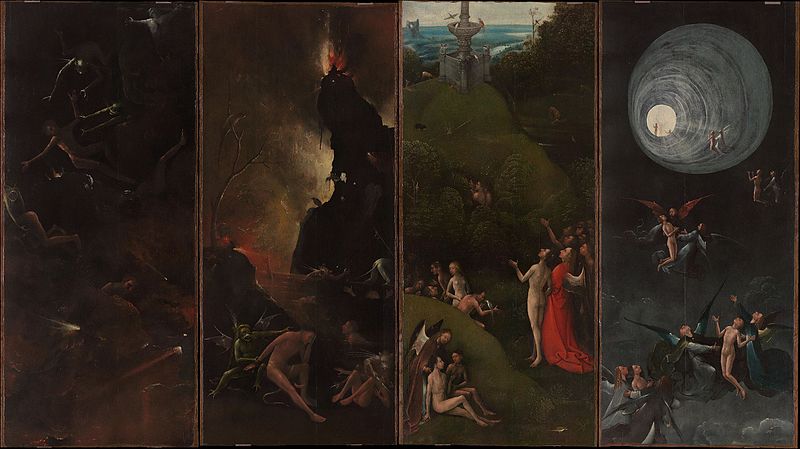 The gist of St. Robert’s advice, then, are things that one can easily guess: focus your time in this life on the next, have faith, pray always, practise virtue, and receive the Sacraments regularly.

His first precept, and a recurring theme throughout the work, is to “die to the world,” that is, not to overly esteem worldly goods and honours. He does bring up an interesting objection, that some figures of the Old Testament, like Abraham and David, were certainly wealthy, but St. Robert points out that they were “also most wiling to dispose of [their riches], when and how the Almighty willed.” Abraham, after all, was willing to sacrifice his own son by God’s command; surely he would have disposed of his material wealth far more easily. So:

Now, some may be tempted to read that as a “get out of jail free” card. Sure, I can keep my wealth, as long as I’m not overly attached to it, right?

Nope. St. Robert devotes an entire chapter to warning against luxurious living, reminding us that all the world belongs to God, and we are but stewards of it. He urges us to live simply, and to give our surplus wealth charitably, and in a later chapter on giving alms he goes farther:

It is necessary above all things, if we wish to be saved and to die a good death, diligently to enquire, either by our own reading and meditation, or by consulting holy and learned men, whether our “superfluous” riches can be retained with out sin, or whether we ought of necessity to give them to the poor; and again, what are to be understood by superfluities, and what by necessary goods. It may happen that to some men moderate riches may be superfluous; whilst to others great riches may be absolutely essential. But, since this treatise does not include nor require tedious scholastic questions, I will briefly note passages from Holy Writ and the Fathers, and so end this part of the subject. The passages of Scripture: “You cannot serve both God and mammon.” “He that hath two coats, let him give to him that hath none; and he that hath meat, let him do in like manner.” And in the 12th chapter of St. Luke it is said of one who had such great riches, that he scarcely knew what to do with them: “Thou fool, this night do they require thy soul of thee.” St. Augustine, in the 50th book of his Homilies, and the 7th Homily, explains these words to mean, that the rich man perished for ever, because he made no use of his superfluous riches.

The passages from the Fathers are chiefly these: St. Basil, in his Sermon to the Rich, thus speaks: “And thou, art thou not a robber, because what thou hast received to be given away, thou supposest to be thy own?” And a little farther he continues: “Wherefore, as much as thou art able to give, so much dost thou injure the poor.” And St. Ambrose, in his 81st Sermon, says: “What injustice do I commit, if, whilst I do not steal the goods of others, I keep diligently what is my own? impudent word! Dost thou say thy own? What is this? It is no less a crime to steal than it is not to give to the poor out of thy abundance.” St. Jerome thus writes in his Epistle to Hedibias: “If you possess more than is necessary for your subsistence, give it away, and thus you will be a creditor.”[…]

I add also, that if one be inclined to contend that, taking the strict letter of the law, he is not bound to give his superfluous riches to the poor; he is obliged to do so, at least by the law of charity. It matters little whether we are condemned to hell through want of justice or of charity.

This theme stood out to me more than any others. I don’t make enough money to “rest in luxurious ease,” but there’s no virtue in avoiding a sin that one can’t commit in the first place. Besides, looking around my apartment, I do have a number of things I don’t really need. At work, I was recently given a slight raise, and as eager as I am now to upgrade my diet from rice and beans to Vienna sausages, perhaps it would be good discipline to continue on simpler fare.

One other issue that St. Robert brings up twice is reverence at Mass. In one section, after describing St. Francis’s devotion to the Eucharist, comments, “How far distant from this saint are, not only many of the laity, but even many priests, who offer up the Sacrifice with such unseemly hurry, that neither they themselves seem to know what they are doing, nor do they allow others to fix their attention on the sacred service.” Then, while discussing Holy Orders, he quotes Saints Bernard, Jerome, and John Chrysostom on the dignity of the priesthood, and contrasts them with inattentive and irreverent priests:

If these words be seriously pondered upon, both by priest and cleric attending upon him, how is it possible that they can act as they sometimes do? what a sorrowful and deplorable spectacle would it be, could the eyes of our soul be opened, to see a priest celebrating, surrounded on all sides with choirs of angels, who stand in wonder and tremble at what he is doing, and sing spiritual canticles in admiration; and yet to behold the priest in the midst, cold and stupidly inattentive to what he is about, not understanding what he says; and so he hurriedly offers the mass, neglects the ceremonies, and, in fact, seems not to know what he is doing! And in the mean time, the cleric looks here and there, or even keeps talking to someone! Thus is God mocked, thus are the most sacred things despised, thus is matter offered to heretics to scoff at. And since this cannot be denied, I admonish and exhort all ecclesiastics, that being dead to the world, they live for God alone; not desiring an abundance of riches, zealously preserving their innocence, and assisting at divine things with devotion, as they ought, and endeavouring to make others do the same. Thus will they gain great confidence with God, and at the same time fill the Church of Christ with the good odour of their virtues.

Irreverence is a major issue for us in 2018, given the way churchgoers dress, how they handle the Eucharist, the music played during the liturgy, priests keeping homilies short so as not to interfere with 12:30 kickoff, and so on. The extent of the problem varies from parish to parish, and much of this begins with the priest. In my experience, even a simple, occasional reminder during the homily not to go to Mass like one is about to go to the beach helps.

Now, as I said above, St. Robert’s focus here is more on what one should do, rather than what one should know, but that’s just a broad generalisation and those two things can’t fully be separated. He touches on this while discussing the virtues of faith, hope and charity, quotes 1 Timothy 1:5, “Now the end of the commandment is charity, from a pure heart, and a good conscience, and an unfeigned faith.” He says:

Let us begin with faith, which is the first of all the virtues that exists in the heart of a justified man. Not without reason, doth the apostle add “unfeigned” to faith. For faith begins justification, provided it be true and sincere, not false or feigned. The faith of heretics does not begin justification, because it is not true, but false; the faith of bad Catholics does not begin justification, because it is not sincere, but feigned. It is said to be feigned in two ways: when either we do not really believe, but only pretend to believe; or when we indeed believe, but do not live, as we believe we ought to do.

So, The Art of Dying Well is an easy book to recommend, as it covers what St. Robert rightly calls the most important art of all. You will, of course, die someday, though none can say when. It’s best, then, to start preparing now.