Last week I said I’d continue with Ion’s discussion of poetry this week, but what I have isn’t ready for prime time, so to speak. So, it’s going on the back burner for now, possibly to appear next week, or some later date when it’s ready. Since my buffer of already finished articles has run out, that also means that I don’t have a post for this week (well, except this one). I will go ahead and take the opportunity to say a few quick things about the blog’s status, but if you’re just here for the book reviews and occasional HSO, feel free to cut class and come back in seven days. I’m not taking attendance.

So, formally, I don’t have a posting schedule, but Tuesdays have been, de facto, when new articles go up, and I’ve managed to post at least once a week every week since last summer (well, except one week in November, but I was probably busy observing Mishima’s death day). That’s my most consistent run since late 2011 to early 2013. I plan to continue that and make time for writing when possible, but there are a few difficulties. As I mentioned at the end of last year, I’ve gone back to school, so in addition to a full time job I have classes to worry about. My priorities, then, are necessarily things I get graded on, things I get paid for, and only then things I do as a hobby. Everything is Oll Korrect! is further disadvantaged because most posts require me to read something first, and those first two categories of tasks eat up a good chunk of reading time.

I do have a few things in the queue, though. One is a half-finished post on how to approach the Confucian canon, since I am asked about this occasionally and it makes a good follow-up to “Which Translation of the Analects Should I Read?” I also recently finished the Odyssey, and am reading through a new (yes, new) novel, Sanity, written by Neovictorian, whom I know via Twitter and his blog. Of course, there are also the rest of Plato’s dialogues. These take a while to write because I like to give them my full attention, reading each work in as short a space as possible, preferably over a single day or weekend, then taking plenty of time to write the best article I can about it.

I’m also planning something special for this summer to mark serial experiments lain‘s twentieth anniversary, though I don’t know how elaborate it will be. A massive multi-part undertaking probably isn’t feasible, but at least one long article will happen. Of course, I’ve written about this series a few times, but the best post is probably this one on my own experience with it.

Speaking of animation, a few people have asked if I’ll ever do a follow-up to the Uncle Walt-a-thon from a few years ago. In fact, I have taken a crack at writing about a couple of Takahata Isao’s films for just such a project, Horus: Prince of the Sun and Panda! Go, Panda!, but found that to be very tough going. Writing about books is a learned skill, and it only imperfectly transfers to writing about film. This series, or another like it, will happen, I just need to either approach it from a different angle or choose a different subject. Perhaps my favourite films in general, for instance, would be easier to write about and get a little experience, or I could do a sequel to Walt Disney’s movies by covering the Disney Renaissance. We’ll see.

Of course, books will likely always remain my primary focus, so if you’re just interested in that don’t worry, Everything won’t turn back into an aniblog on you.

On a final note, I realise that posts like this typically indicate that a blog is effectively dead; if “sorry I missed an update but here’s what I’m working on” isn’t a blogger’s last post, there will be no more than two others spread out over several weeks, then that’s it. I’ve been doing this for over a decade now, though, so I feel pretty confident that I’m not jinxing myself by writing this. 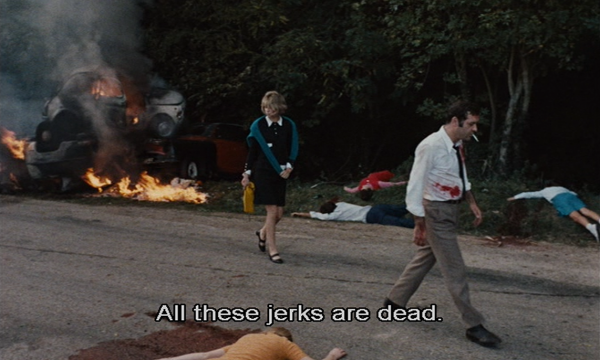 Pictured: Me walking past every other blogger who’s ever said “This is just a temporary interruption to the schedule.”