Once again, it’s time for me to look at the past year in bibliophilia. In 2018 I read thirty-six books, down from 2017’s forty-two, though considering this was also the year I started graduate school I’m actually pretty happy with that number.

Of those thirty-six, eight were poetry. Stevenson’s A Child’s Garden of Verses, Guido Cavalcanti: Complete Poems (trans. Cirigliano), Dante’s Rime (trans. Nichols and Mortimer), Virgil’s Aeneid (trans. Fitzgerald), Homer’s Iliad (trans. Lombardo) and Odyssey (trans. Mandelbaum), Greek Lyric Poetry (trans. West), and Martial’s Epigrams (trans. Michie). Of these, the Iliad was the best and my favourite, but I’ve read it before in Fitzgerald’s translation. The best new-to-me of these was Cavalcanti’s poems.

I read four novels this year, O’Connor’s Wise Blood, Neovictorian’s Sanity, Miura’s The Great Passage, and Stevenson’s Strange Case of Dr. Jekyll and Mr. Hyde. O’Connor’s was the best, but of the two new novels Neovictorian did beat out Miura; her novel is entertaining, but Neovictorian’s was more ambitious and largely succeeded in that ambition. 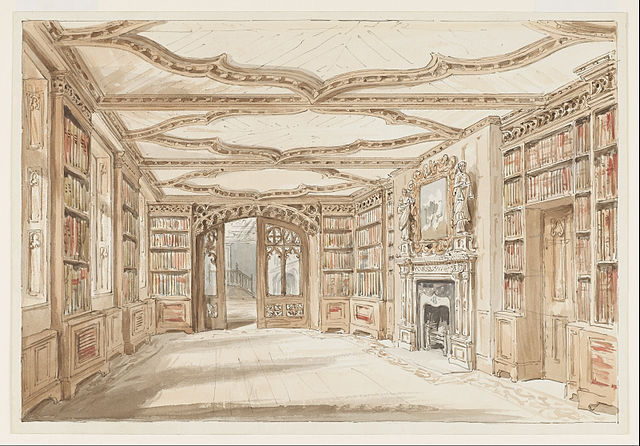 I read nine graphic novels, the six volumes of Otomo’s Akira, the eighth volume of Zekkyo’s adaptation of Toradora, the first omnibus volume of Go Nagai’s Devilman, and the final volume of Kio’s Genshiken: Second Season. It’s probably no surprise that Akira is the best, though Devilman was pretty good and Toradora is still going strong. I was happy that Genshiken finally brought its disappointing sequel to its poor end, and would only recommend Second Season as a whole to those totally invested in the original (who undoubtedly are reading or already finished, anyway).

Finally, thanks to my nephew I read one children’s book, Brown’s Goodnight Moon. It’s not bad, honestly.

Excluding books I’ve read previously (Iliad, Odyssey, Aeneid, Jekyll and Hyde, Wise Blood, and Akira), the award for book of the year goes to… Sanity. It’s shocking that I’d give this award to a new book, and though I won’t say that Neovictorian is objectively a better author than Sallust, Cavalcanti, or Martial, his is the book I enjoyed the most.

I’ll also give a special award for “Most Pleasant Surprise” to Playtime Dishes. I received the book by accident (an eBay seller sent me the wrong item), but it was, in its own way, quite charming. I shared some excerpts in a Twitter thread.

I’ll also give an award for worst book of the year. You might think the textbooks would be the contenders here, but no. They aren’t in the same ballpark, the same league, or even playing the same sport as academic self-parody Steven Brown. As part of my research for the lain anniversary series, I first read Cinema Anime, a collection of articles of varying, but mostly bad and topping out at mediocre, quality, which he edited. It was bad, and I’d recommend it to absolutely no one except those who revel in pseudo-academic garbage, but then I read his solo effort, Tokyo Cyberpunk, about post-humanist themes in Japanese science fiction. I quoted part of it in my review of Otaku: Japan’s Database Animals, but keep in mind that the whole book is like that. It’s not the worst book I’ve ever read, but it might be in the top five.

Is it worth mentioning films or animation? I cancelled my Netflix subscription late last year, so I watched all of nine movies, five of them rewatches (Watership Down, Akira, The Wicker Man, Pulp Fiction, and Weekend). The four new ones were mostly directed by Takahata Isao, Horus: Prince of the Sun, Panda! Go Panda!, and Rainy Day Circus. The other was Drunken Master. Anime fans can also add a rewatch of serial experiments lain, as well as Devilman Crybaby and Pop Team Epic. It goes without saying that Pop Team Epic was the greatest animated work of not only this year but every year, and is also better than any movie I watched or book I read. It’s an absolute masterpiece.