Up until fairly recently, if someone had asked me what the best year of my life has been so far, my answer would probably have been my senior year of college. It was covered with an air of beautiful melancholy due my own aimlessness and non-starter romance, but though I felt I should have been a pair of ragged claws scuttling across the floors of silent seas, it was mixed with friendships, opening new hobbies, and learning new things. There have been ups and downs since then but with little real progress until last year, and though my various projects are still in progress I’ve done enough in 2018 that I can say that, for the first time in years, I have a reasonable sense of optimism about my future. I’ll start this year-in-review by talking about Everything is Oll Korrect!, then end it with some personal notes.

First, I wrote a lot about the Classics this year, East and West. On the Western side, that includes articles on the Iliad and Odyssey, Catullus, Sallust, and Martial’s Epigrams. Incidentally, that last review was the first to ever receive multiple negative responses, fortunately to Martial’s vulgarity and not to my writing. Plato was also well represented this year, with posts on Phaedrus, Republic, Phaedo, Cratylus, Ion, Euthydemus, and Menexenus. On the Eastern, and more specifically Confucian side, I also covered the Gongyang Commentary on the Spring and Autumn Annals, Edward Herbert’s book A Confucian Notebook, and some Notes on Approaching the Confucian Canon. 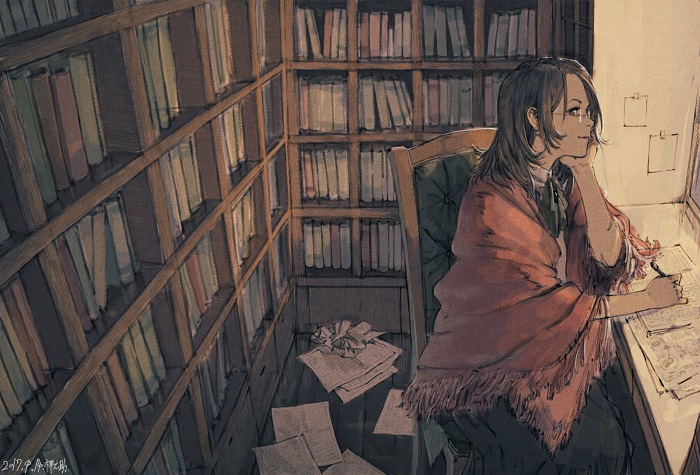 Religion also featured prominently here at Everything. I discussed St. Alphonsus de Liguori’s short book How to Pray at All Times, The Baltimore Catechism, St. Robert Bellarmine’s The Art of Dying Well, as well as the Church Father’s opinions on Biblical genealogies and human sacrifice in the Book of Judges. I also shared Bl. John Henry Newman’s portrait of a gentleman and his thoughts on education and journalism.

The remaining reviews for this year include Stevenson’s Strange Case of Dr. Jekyll and Mr. Hyde, a few of Flannery O’Connor’s short stories, and Neovictorian’s new novel Sanity. I also wrote a response to James Burnham’s criticism of Dante’s Monarchia.

On the meta side of things, there’s “Wot’s… uh, the Deal?,” in which I explain that the posting schedule may get inconsistent due to real life responsibilities. Also, Thermidor Magazine closed up shop, so I reposted all of my Thermidor articles here to save them from the digital abyss, and reposted one at The American Sun, a promising new group blog that includes several former Thermidor contributors. I’ll likely submit occasional articles there, though Everything will continue to see the large majority of my output.

That all brings us to a total of fifty-seven new posts this year. The most popular post of 2018 was the one on human sacrifice in Judges, followed by the one on Burnham. Also, last year’s post on choosing a translation of the Analects took the title of my all-time most popular post, due largely to a large number of referrals from search engines.

Finally, I should mention that just last week included the last instalment of Social Matter’s “This Week in Reaction” feature. TWiR played an important role in Everything’s history by exposing my blog to a wider audience, and I don’t think it’s a coincidence that Everything’s steady growth really began about the time editor Nick B. Steves began including my articles. So, my thanks to Nick for his work providing a useful resource and helping me out.

Now, to end on a personal note. 2018 was a great year, and much of that has to do with personal relationships. My nephew was born near the end of 2017, and it’s been great having this new addition to the family. I also made a few new friends (yes, IRL, for any cynics out there wondering).

I have, for the first time in years, a sense of moving forward. Professionally, I’ve completed my first year of graduate school for library science and will begin an internship in January. Also in January, I’ll be moving to a new, nicer apartment. I’ve also begun making more serious efforts in finding a wife, and am trying the online dating thing. Whether that will work out is hard to say; I do know someone who met his fiancée through CatholicMatch (the same service I’m using), but I’ve also heard online dating described as “playing Russian roulette with five bullets.”

Finally planting these seeds has, I think, two causes. One is that this is the first full year I’ve been praying the Liturgy of the Hours regularly, which has been helpful in my prayer life and overcoming vice (I know, it’s hard to believe I’m not a saint already). The other is finding a remedy for chronic stomach aches I’ve had my whole life, which were caused by anxiety. A better diet and some medication seems to have fixed that, which has me feeling more confident than I have in years.

I think that covers everything. Thank you all for reading, and have a happy New Year.

4 thoughts on “2018: Tomorrow Will Be Special, Yesterday Was Not”