Last year, many of the books I read had to do with marriage. Now that I’m married, much of my 2021 reading has to do with raising children. The topics vary; most useful are those that are just “this is what you do with a newborn,” that is, how to feed, diaper, take temperatures, that sort of thing. Baby sign language is another interesting topic, as it allows older babies (roughly six months and older) communicate their needs, as well as share observations with family as a bridge to speech. For instance, they can sign that they’re hungry, thirsty, want more, etc., as well as make signs for “dog” or “aeroplane,” among other things.

Thriving in the world is a first step, of course, but ultimately my goal is to raise my daughter to be a saint, so I’ve also checked out a couple of books on raising children to be good Christians: The Religious and Moral Training of Children, by Rev. James McGovern, and Parenting Towards the Kingdom, by Dr. Philip Mamalakis. 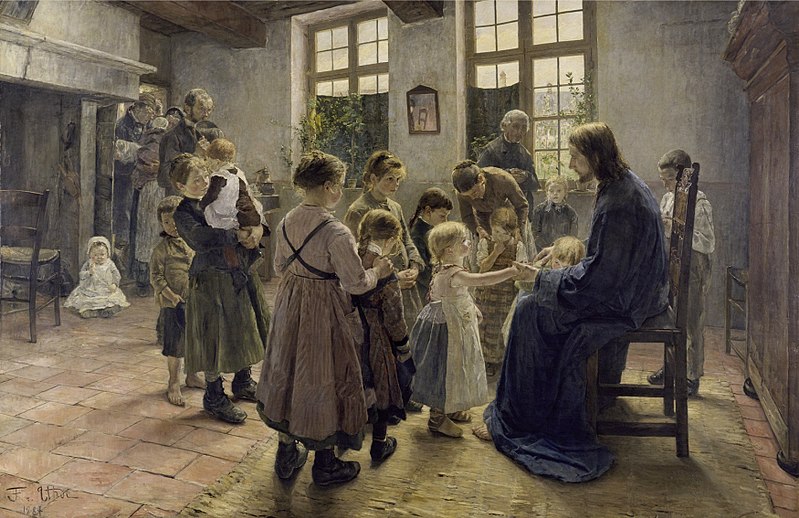 Fr. McGovern’s book, really just a booklet at twenty-six pages, I found in my parish’s bookstore. Published by St. Joseph’s Press, it was originally published in 1906 as part of a larger work, Light from the Altar, Volume II. I know Fr. McGovern from his catechism, Manual of the Holy Catholic Church, published the same year, which I inherited from my great-grandmother. In any case, the booklet is filled with good advice, though given the large topic fitted into a small space, it’s also rather generic and never goes into much detail. He spends the first few pages on the wordly good of children, emphasising that parents must be frugal, place the well-being of their children above their own comfort and entertainments, and model good habits. Those who don’t are guilty of grievous sin.

He soon transitions into more explicitly religous topics. Among the most important for modern readers is his emphasis on parents catechising their children. Yes, parents should seek help from religious educators (e.g., in Sunday School) and their parish priest, but parents must not rely on them. Children are far less likely to believe and take lessons to heart if they see that their parents do not take the lead in their religious education. If the parents feel that they are unqualified to give religious instruction, then they should teach themselves. After all, it is the duty of all Catholics to know the basic teachings of the Church, so ignorant parents are already guilty of neglecting their own spiritual good.

Perhaps the main point is in the opening paragraph, “The direct purpose of the Fourth Commandment is to lay downt he duties of children to their parents. But indirectly and implicitly we must understand from it that parents have duties to their children.” Children are a great responsibility, and Christ will hold parents responsible for how they raise their children.

Moving on, I heard of Dr. Philip Mamalkis’ Parenting Toward the Kingdom: Orthodox Christian Principles of Child-Rearing, published by Ancient Faith Publishing, from a friend on Twitter. I mentioned the book to my wife, and since Fathers’ Day was coming up she bought it for me as a gift. Mamalakis is a father of seven and a family therapist, so he has relevant credentials here. I was a little concerned at first because he is Orthodox, but parenting is an area where his Orthodoxy mostly informs which saints he quotes; there’s nothing here at odds with Catholic teaching (or Protestantism, for that matter).

At 317 pages, it’s a much more in-depth work with much more specific advice. He compares children to icons of Christ (okay, maybe some Protestants won’t be totally on-board with Dr. Mamalakis). They are to be treated respectfully as they are images of Christ, the imago dei, but shouldn’t be worshipped since they are not themselves Christ. Every action we take as parents, to the best of our ability, must be respectful of our children and contribute to raising them to be saints – hence the title of the book. We should neither indulge their bad behaviours, nor abuse them for their faults.

That sounds obvious enough, but Dr. Mamalakis spends much of the book with general principles, anecdotes, and advice to help parents. One piece of advice, for example, is to name a child’s struggle. One of his sons, as a young child, would cry for a cookie before dinner. Of course, dessert has to wait, so he told the boy he wished he could have a cookie, and that it’s hard to wait. Now, like any child he still wanted his snack, so he was still upset, but he knew that his father understood his struggle. He also learned a little patience since his father did not give in.

The key, for Dr. Mamalakis, is to be firm but gentle in enforcing rules. Not fierce, not lenient.

Now, my daughter is still a newborn, so the advice given in both these books isn’t relevant just yet. It will be soon enough, though, and I hope I’ll be prepared to raise my own child to be a saint.