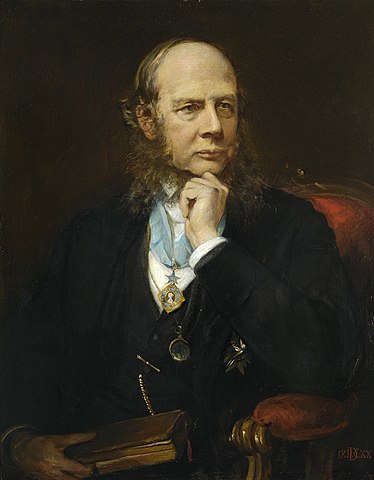 I first heard of Henry Sumner Maine and his book Popular Government several years ago, back when Neoreaction was a growing, relevant school on the Right. Indeed, Popular Government was reviewed by such NRx stalwarts as Foseti and Radish, both obscure now but highly regarded in their own niche, not long ago in the grand scheme of things, but in internet terms they may as well have been contemporaries of the presocratics.

I bring up these older blogs because they’re from a time when the Right had a more theoretical focus than now. Much of the discussion in Reactionary circles was on precisely how states operate and how to design a state than functions well – and, for that matter, what it means for a state to be well-functioning. Today there’s much more focus on contemporary events, for better and worse, but it’s still worthwhile to consider the fundamentals of political thought. Maine’s primary value to current readers is assistance in thinking clearly about government, and about democracy in particular. Perhaps the key line in the whole book is something that sounds extremely obvious:

Democracy is a form of government.

Elementary, yes, but something often forgotten. Democracy is a form of government, and that is all. It is not utopia, it is not the endpoint of history, it is not equivalent to freedom, or equity, or human rights. It is one of three standard forms of government, rule by many, the other two being monarchy (rule by one) and aristocracy (rule by few). Maine uses these Classical definitions because they are the basis of thinking clearly about forms of government. Further subdivisions and qualifications are possible and sometimes helpful, but just as the first step of analysing a work of literature is determining the genre, whether it’s poetry, drama, or prose fiction, the first step in analysing a government is determining its most basic type.

Once we see that democracy is just a form of government, without ideological and romantic trappings, we can begin to understand it better. For example, after establishing this dictum, Maine continues:

When it has once become clear that Democracy is a form of government, it will be easily understood what panegyrics of the multitude amount to. Democracy is Monarchy inverted, and the modes of addressing the multitude are the same as the modes of addressing kings. The more powerful and jealous the sovereign, the more unbounded is the eulogy, the more extravagant is the tribute. “O King, live for ever,” was the ordinary formula of beginning an address to the Babylonian or Median king, drunk or sober. “Your ascent to power proceeded as uniformly and majestically as the laws of being and was as certain as the decrees of eternity,” says Mr. Bancroft to the American people. Such flattery proceeds frequently from the ignobler parts of human nature, but not always. What seems to us baseness, passed two hundred years ago at Versailles for gentleness and courtliness; and many people have every day before them a monument of what was once thought suitable language to use of a King of England, in the Dedication of the English Bible to James I There is no reason to suppose that this generation will feel any particular shame at flattery, though the flattery will be addressed to the people and not to the King.

Stripped to its barest essentials, we can also look at some of the problems of democracy. One of the most basic criticisms of democracy is the inability of the masses to make political decisions. In the English-speaking world, we may be tempted to point to juries as an example of functioning democracy, and Maine examines the jury system so:

The Jurors are twelve, instead of a multitude. Their main business is to say “Aye” or “No” on questions which are doubtless important, but which turn on facts arising in the transactions of everyday life. In order that they may reach a conclusion, they are assisted by a system of contrivances and rules of the highest artificiality and elaboration. An expert presides over their investigations-the Judge, the representative of the rival and royal justice-and an entire literature is concerned with the conditions under which evidence on the facts in dispute may be laid before them. There is a rigid exclusion of all testimony which has a tendency to bias them unfairly. They are addressed, as of old, by the litigants or their advocates, but their inquiry concludes with a security unknown to antiquity, the summing-up of the expert President, who is bound by all the rules of his profession to the sternest impartiality. If he errs, or if they flagrantly err, the proceedings may be quashed by a superior Court of experts. Such is Popular Justice, after ages of cultivation.

So, yes, a miniature “democracy” can work, but only in extremely specific circumstances. Proponents of democracy like to point to the stability of the United States and United Kingdom, but Maine points to the far greater number of unstable, failed democracies in Latin America; since the book’s first publication in 1886 we can add the examples of the miserable experience of many African democracies. There’s also the question of whether “the people” can even be sovereign in a meaningful sense; as Maine points out, democracy requires fragmenting authority into tiny fragments. Actual power must be exercised by a much smaller number of men – and yes, as he also points out, rule must necessarily be done by men, not by self-enforcing laws.

Many of Maine’s key points are along these lines; familiar to those who’ve been around the Right for a while, but novel to those who haven’t looked at pre- or anti-liberal writers. It’s an easy book to recommend to those beginning to take a serious interest in political science, trying to sweep away modern clichés and see the State as it is. Incidentally, Maine himself doesn’t appear to be a Reactionary. One of his criticisms of democracy is that the masses are naturally conservative and resistant to change and new ideas. Not that he has any love for the cult of “Progress,” either, which he regards as a largely meaningless term.

Those looking for a copy of this book have a few options. The Online Library of Liberty has a free PDF version. The Liberty Fund has a paperback version, but the edition I read is published by Imperium Press as part of their Studies in Reaction series, in a small, almost pocket-sized format with a short preface.