A Confucian View of History: The Book of Documents

END_OF_DOCUMENT_TOKEN_TO_BE_REPLACED

The Spring and Autumn Annals and the Gongyang Commentary

The Spring and Autumn Annals is one of Confucianism’s Five Classics, and like the Book of Documents is a work of history, in this case chronicling the history of the state of Lu, Confucius’ home state, from 722-481 B.C. However, whereas the Documents is, as the title indicates, a collection of speeches, decrees, and the like, the Annals is a chronology. It should take just one excerpt to give one an idea of the book, so from the very beginning, the first year of Duke Yin’s reign (722 B.C.): 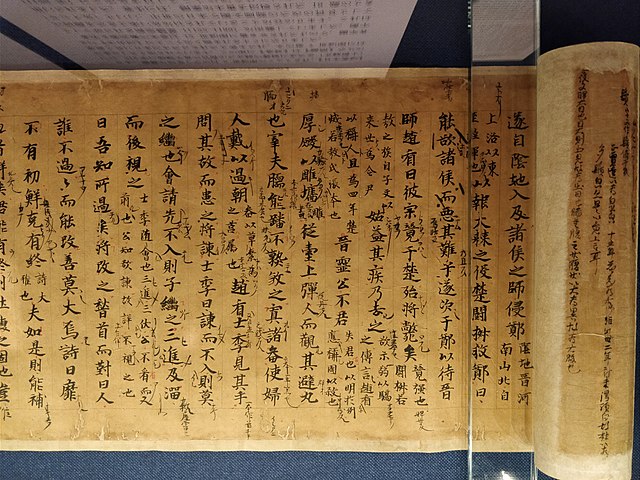 END_OF_DOCUMENT_TOKEN_TO_BE_REPLACED

New at Thermidor: Sallust and the Value of Classical History

I have a new post over at Thermidor Magazine, “Sallust and the Value of Classical History.” I have to say I’m rather fond of Classical historians; Herodotus is among my favourites of the Greeks, Plutarch’s Parallel Lives has a lot of interesting stuff, and Livy, though a bit drier, is also rewarding reading. Sallust, I think, is the most approachable of these since all three of his works together are shorter than even Herodotus’s Histories, and not even close Plutarch and Livy.

In any case, the next post on this blog will be on Plato’s Phaedo, which will go up next Tuesday. After that, we’ll see the return of the Hundred Friends series.…