A man is more likely to pursue his goals seriously if he makes a public commitment, and since some of my goals for this year concern this blog I thought I’d go ahead and offer this “preface” for 2016.

First, I plan to publish a new post every week, as I did from late 2011 through early 2013. This weekly schedule was difficult at times, but the routine was satisfying for me and should also, I think, give you the readers something to look forward to more regularly. To start, this will likely be every Tuesday, though that will be subject to change depending on how my schedule changes during the year. If possible I’ll try to post multiple times in a week, so subscribing to the RSS feed may be a good idea if you just cannot stand the thought of missing out, but for now I’ll only guarantee that one Tuesday post (or your money back!).

This schedule will be a bit difficult, since I mostly review books which, of course, vary wildly in length, so I’ll start the year with a few short books that I can review and schedule out, and write up a couple of evergreen posts to fill any gaps that come up. Once I have a comfortable buffer, though, I plan on doing sticking to (mostly) syntopical reading.

The primary goal will be to finish the books I have on the War Between the States. I did one book last year, Trudeau’s biography of Robert E. Lee, but I’m currently working on Shelby Foote’s The Civil War: A Narrative, which will be followed by Jefferson Davis’s The Rise of the Confederate Government and its follow-up The Fall of the Confederate Government, Raphael Semmes’s Memoirs of a Service Afloat During the War Between the States, and a couple more biographies. Unfortunately, these are all very long, hence the concern with a “buffer” I just mentioned.

Second, I’ll be going through all of Shakespeare’s works, which I’ve been wanting to do for a long time. These will be scattered throughout the year, though, rather than one after another.

Beyond that, I would like to go through a number of Greek classics, as well as the many books by, and about, Ezra Pound that I own. There are also a lot of odds and ends, of course, that I’ll get to as time permits – mostly more books, but also whatever movies, games, and such that I think are worth writing about.

So, those are the goals. Blogging year 2016 will officially start next Tuesday, and as always, thanks for reading.…

END_OF_DOCUMENT_TOKEN_TO_BE_REPLACED

In fact, this was, by far, the best year ever for Everything is Oll Korrect! If 2013 was Agincourt from the French perspective, 2015 was Agincourt from the English. Not only in terms of the quantity of posts, but also, if I may say so myself, the quality (though this was a bit more uneven than in the past, because of the large number of books I set myself to review). Views are also up over 50% over last year, which had been marginally the best ever in terms of views. Everything is still far from being a high-traffic blog, but I can at least say with a straight face that I have a readership of some kind.

The primary reason for this was the 75 Book Challenge, which I successfully completed. Completed via a somewhat bush league contingency plan, but finished nonetheless. None of these were very long and the quality varied a bit; in a few cases I think it’s not hard to tell that I was just punching in a review to get it over with so I could move on to the next one in a timely manner. Also, since I’d committed to writing something about every book, I couldn’t be as selective as I’d like, so in some cases I simply didn’t have much to say about the book in question. The variety of books read also meant that the scope of this blog broadened considerably from the already unfocused “fiction” to being, well, simply a bibliophile’s journal.

Which, honestly, is fine. For one thing, broadening my subject matter meant broadening the audience, and some posts have been linked from political blogs and twitter accounts that would not otherwise have found Everything relevant. Also, the bibliophile’s journal concept is what I originally envisioned for Everything when I first decided to start taking it seriously. From now into the foreseeable future, I’ll be writing about whatever I happen to be reading, with occasional forays into editorials and the odd movie or whatever. I will, however, be more selective about what I discuss.…

END_OF_DOCUMENT_TOKEN_TO_BE_REPLACED

What? I said I’d read seventy-five books this year; I didn’t say how I’d get to seventy-five.

Anyway, considering how down I was on this series at the end, I enjoyed these early volumes more than I thought I would. Oh, My Goddess! isn’t really a must-read, but it’s charming, and it’s entertaining enough if you like the style of late-eighties or early-nineties anime or manga. 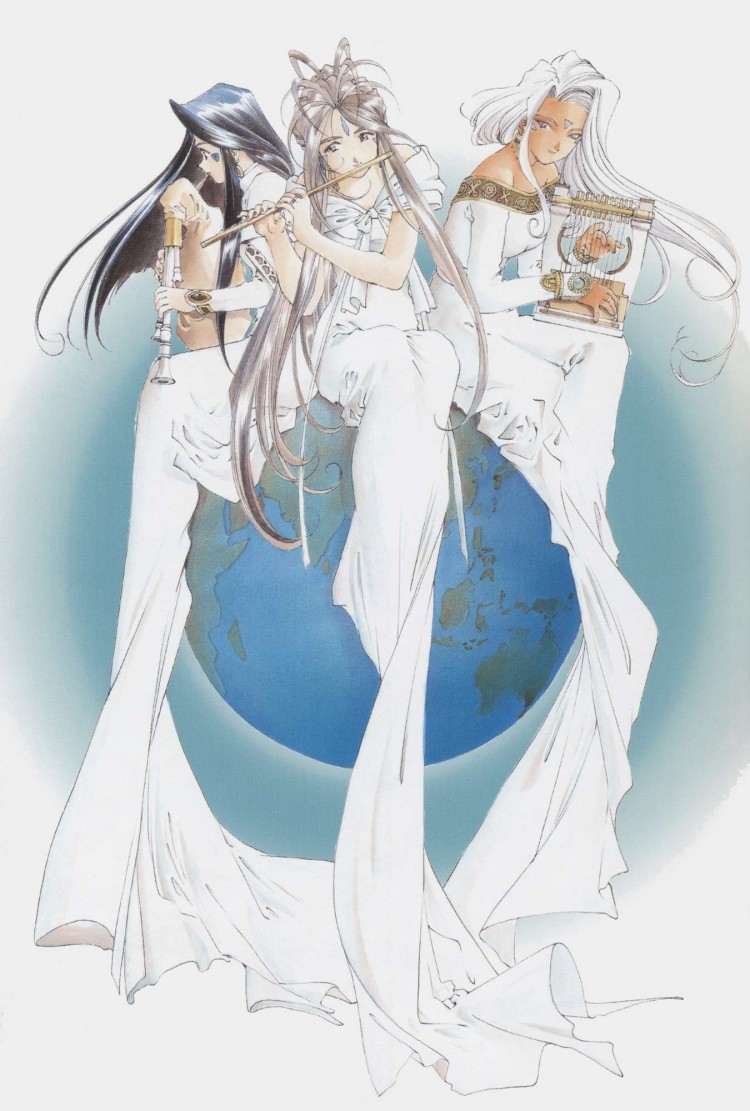 END_OF_DOCUMENT_TOKEN_TO_BE_REPLACED

Fujishima Kosuke’s Oh, My Goddess!, a series approximately as old as I am, has finished; Dark Horse published the last volume earlier this year. I was a relative latecomer to the comic, picking it up only in 2007, I believe, when it was already approaching twenty years old. I was able to blow through most of it that had been published up to that point fairly quickly, since someone must have dumped the first twenty volumes or so at a local Half Price Books. I had to pick them up a few at a time, since I didn’t have that much spare cash in college, and also had to figure out what order Dark Horse’s initially unnumbered volumes ought to be read in. Still, the best way to read OMG is probably to marathon several volumes at once, take a break, read several more, and so on.

That isn’t to say that the series is bad, but rather, it’s very uneven. There were some story arcs that I enjoyed, but several others I was happy to just skim through quickly and get to the next good part. Generally, the best story arcs were the least ambitious, and Fujishima did much better at more-or-less slice of life material than action or large narratives.

Which shouldn’t be surprising, really. Our hero, Keiichi, is very much an everyman character, but a very likable one, and he’s an everyman who, by chance (or fate, I suppose) gets to star in the platonic ideal of nerd wish-fulfillment stories when the beautiful, traditionally feminine goddess Belldandy shows up and starts living with him. Comedy ensues, new characters come and go, we have our occasional dramatic moments while exploring this character or that’s backstory, and so on. My favourite moments, though – the ones I remember best – tend to be relatively simple things. For example, Keiichi deciding to buy a nice ring for Belldandy, killing himself for a couple weeks working lousy part-time jobs to get the money for it, then going to buy it once he has the exact amount he needs only to realise that he forgot to account for sales tax. Another: Keiichi goes to apply for graduation from college, only to be told that he’s not eligible because he didn’t get any credit hours for a second foreign language, so he’ll need to stay a little longer; this one’s a favourite because almost the exact same thing happened to me when I applied for graduation.

So when Fujishima got more ambitious, as I mentioned when talking about volumes forty-seven and forty-one, I lost interest fairly quickly. Unfortunately, this final story arc took years to resolve, and by the time it finished I’d nearly forgotten how it started. If you’re wondering why I’m being a bit vague, that’s why, and it’s the peril of long-running, serialised stories – I simply forget plot points over time, and I don’t want to go back and re-read things that, in this case, I didn’t enjoy much the first time around.

Getting to the ending, it’s fine. It’s roughly what I expected, though I would’ve thought that we would see more appearances of characters from throughout the comic’s run, or at least some of the main ones. Fujishima seems to enjoy hamming it up, and honestly I would’ve liked to see some of these guys who, in real-time, we haven’t seen in years.

Regardless, I’m just glad that the series finally got its happy ending. Perhaps I should go back and re-read some of the early volumes soon……