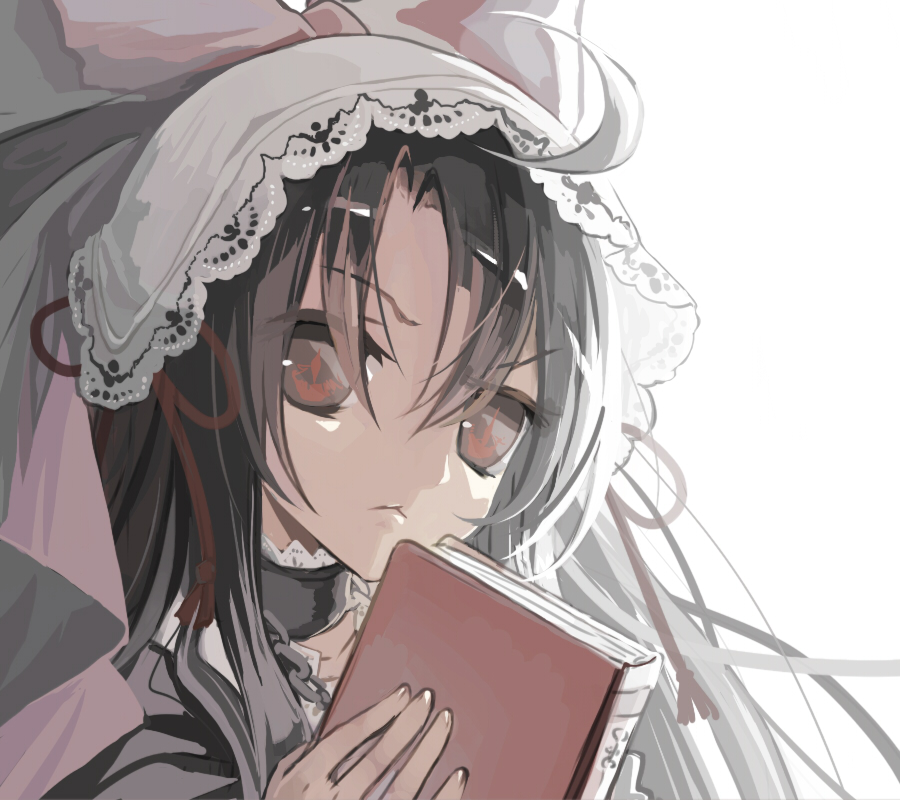 So, armed with my new subscription to Crunchyroll, because like the rest of my generation I’m impatient and can’t wait a week for new anime episodes, I’ve set to watching this season’s new shows as they come out. What do I settle on first? 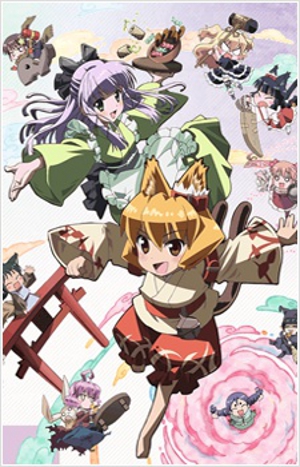 Yeah, Cat God. I know it wasn’t that long ago I declared moe dead to me, but this show pushes too many of my buttons. I can’t resist catgirls. I love shows like Oh, My Goddess! and Spice and Wolf with goddess girlfriends/roommates/traveling partners/whatever. I love shows dealing with the supernatural in general, really.

The show’s pretty average, actually. Episode 1 was too chaotic, but episode 2 fixed that. The jokes aren’t too bad. The animation meets par, but won’t blow anyone away. Call it ‘Mostly harmless’, I guess.

I think I can redeem myself by also watching Gainax’s new show, The Mystic Archives of Dantalian, this time via Nico Nico’s streaming. All I really want from the show is Gosick but with better writing. Two episodes in, I have high hopes. I can tell I’m not the only one, since most of the discussion I’ve seen of it so far has been praise for not having the annoying habits of other shows, and Gosick in particular. Dantalian has, of all things, a competent protagonist, a girl with a sharp tongue but not unnecessarily bitchy, and mysteries that don’t require not just a suspension but outright termination of disbelief.

I especially love the show’s artwork and atmosphere.

I’m also using Crunchyroll to continue Hanasaku Iroha from last season, and for Fist of the North Star for some old-school action.…

Well, for me, anyway. Moe has been around for several years and far be it from me to predict when it’ll end, but for me it died while reading vol. two of Kakifly’s K-On!

I don’t think K-On! itself caused it; I did like the first season of the anime adaptation, though I never watched season two. Rather, while about halfway through the graphic novel, I realised that I just didn’t care about this story. I think the sudden realisation may stem from a recent episode of the ANNcast podcast, where one of the co-hosts (Justin Zevakis, IIRC) commented that, as a grown man, he had no reason to care about what a group of high school girls are doing.

Actually, maybe my distaste isn’t with moe per se, but with high school comedies. The first graphic novel I really got into was Azumanga Daioh, by Azuma Kiyohiko. At the time, I was in high school, so watching a bunch of high schoolers was relevant to my interests, even (or perhaps especially) if they were girls. Since then, though, I’ve seen several other shows with the same setting, some of which I’m sure I’ll still like, but at this point I graduated high school five years ago. The setting seems really trivial, and honestly some stories suffer from the lack of gravity inherent in most teenage relationships. ToraDora had this problem – though the urgency the characters felt to clarify everyone’s feelings may have seemed important from their point of view, I found that sense of urgency unnecessary.…

I marathon’d Haruhi season two’s ‘Endless Eight’ arc yesterday with my sister. The first time I watched E8, it was through fansubs uploaded to Youtube, and the highlight was really just watching the comments get increasingly irate with every episode. Similarly, the highlight of watching the official DVD release was the commentary reel my sister and I provided.

Like many fans, I’m still not sure what to make of the whole endeavour. The studio, Kyoto Animation, put too much effort in the animation for this to be a mere instance of laziness, or even a deliberate lowering of expectations for the upcoming Haruhi film as a bold few have suggested. Some fans, my sister included, did enjoy noting all the differences between each episode, and E8 could be viewed as an experiment in how many different ways one could animate the same events. Using a flagship franchise like this for experimentation, though, seems like a tremendously ballsy move.

As for me, I’m quite comfortable a-sitting on a fence on this one, beyond noting that, while I appreciate KyoAni’s boldness, if that’s what it is, and greatly enjoyed the drama of a thoroughly alienated fanbase, ultimately I did not enjoy the actual show, and would place the experiment, if that’s even what it was, in the ‘noble failure’ category.…