What’s the Appeal of Mishima Yukio? 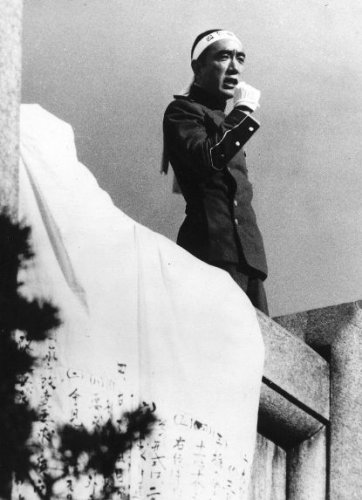 It’s a fair question, and one that I could have dodged by saying I just like his novels. I certainly do love his novels, but that isn’t what first attracted me to his work. Rather, my first exposure to him came in my days as a college-age delinquent. He was one of a handful of authors in the university library’s small section for Japanese language and literature, and since I didn’t have a lot of time I grabbed the shortest book there, Sun and Steel.…

END_OF_DOCUMENT_TOKEN_TO_BE_REPLACED

The Bibliophile’s Journal IX: The Crystal Comes Back

Yep, going back to subtitles for this monthly – hey, remember when Bibliophile’s Journal was going to be a monthly series? Well, we just skipped a month or ten. No big deal.

Anyway, I’ve read a few things in the past month or so, so let’s bring the journal back.

First up, Alex Cross, Run by James Patterson, and Rules of Prey by John Sandford. Alex Cross was loaned to me by my boss, Rules by a co-worker. I’m fifty pages into the second and it’s tolerable; I finished the first and it sucks. Our hero, Alex Cross, perfectly fits the cliché of the “good cop,” so if you’ve seen most any B-grade crime movie or TV show, you’ve met this character. The villains are one-dimensional and more evil than Satan; Patterson tries to add some shock value by making their crimes perverse and adding some sexual tension between the two men, but it comes across as what an eighth-grader would write if asked to produce a “shocking” crime novel.…

END_OF_DOCUMENT_TOKEN_TO_BE_REPLACED

Yeah, dropping the post subtitling thing after one week. Maybe next time, if I think of something good.

Anyway, this past month may mark the beginning of a change in the way I read books, since I’ve subscribed to Audible. I’ve listened to a handful of audiobooks in the past, and though I don’t like them nearly as much as sitting down and reading through a physical book I decided to give this a try since I often find myself listening to podcasts while, say, cooking or working out. I don’t actually follow many podcasts, though, but audiobooks seem like a logical step. Besides, I don’t get through as many books as I’d like, and this should help with that.

The first audiobook I downloaded was Mishima Yukio’s The Temple of the Golden Pavilion. Like I expect from a Mishima novel, much of the story consists of either seemingly unrelated anecdotes of the narrator’s life or philosophical tangents, but they all tie together and lead towards the novel’s climax (so it seems so far, but I’m 90% through and am pretty sure I know where this will end). Mishima’s stories remind me somewhat of Flannery O’Connor in that he likes to make use of the grotesque not so much for shock value, but to make a larger point, though that point seems more obscure with Mishima than O’Connor. At least, I feel like I grasp O’Connor’s ideas more readily than Mishima’s.

On a side note, it took some time to get used to the reader’s voice. It’s softer and higher-pitched than I expected, though I suppose it does match what I imagine the narrator’s voice would sound like. I guess I was just prefer movie announcer guy’s voice when listening to someone read.…

END_OF_DOCUMENT_TOKEN_TO_BE_REPLACED

Notes on the Didactic Use of Fiction

“Didactic” literature has a poor reputation, in part because of its distinguished critics. J.R.R. Tolkien’s dislike of allegory is well-known, and his friend C.S. Lewis’s Chronicles of Narnia is often compared unfavourably to Tolkien’s Lord of the Rings partly because one is allegorical and one is not. Edgar Allan Poe also criticised explicitly didactic literature, and Lewis Carroll mocked the tendency to look for a “moral” to stories via Wonderland‘s Duchess character.

Certainly, stories written with a particular moral in mind often turn out awkward or hammy, but can we entirely discount a didactic use of fiction? After all, Aristotle points out in the Poetics that children learn primarily through mimesis (roughly, “imitation”), and he refers to drama and epic poetry as “mimetic” arts, since they’re imitations of (what is plausibly) real life. Few, I think, would deny that the best way to learn something is often through experience; the more successful businessman will generally be the one who has been in business for several years, not the one who has merely read the abstract principles of economics, and one could regard fiction as a vicarious form of gaining experience.…