Guys, I’m not gonna lie to you: if I hadn’t already committed to discussing every dialogue, I’d punt on the Symposium. I know, it’s probably Plato’s second-most famous dialogue, after the Republic, and love seems like as universally interesting as a topic can be, but it just didn’t grab me as every other work has so far. It is the first so far to have some storytelling to it; even the dramatic Apology is essentially just a record of one speech. I’m sure Plato chose the form carefully and with a purpose in mind, but I’m not really here for storytelling and much prefer philosophy written in the more straightforward style of, say, Aristotle or St. Thomas Aquinas. I think I’ve been receptive to the dialogues so far because, with only one or a few interlocutors, they feel almost like a single author developing an idea slowly, but with purpose. The Symposium, though, starting with someone asking for a second-hand account of the event in question, a series of loosely-connected speeches by multiple people, and an interruption by yet another group of people, making it oddly chaotic. Again, probably intentional, but not at all how I want to read this sort of material.

To get into the dialogue itself, though, one weird thing about Symposium is that it’s essentially all a double narration. Apollodorus is our primary narrator, and he’s been asked by a friend to talk about a discussion of love that had taken place some time earlier between a number of people at a party celebrating Agathon’s recent victory in a competition for a tragedy he’d written. Apollodorus wasn’t there himself, though, and furthermore this was a few years ago. Rather, he’d heard about it from Aristodemus, who had attended. We could hardly have a more unreliable account, then, and I could only guess why Plato decided to relate the dialogue this way.

I’m sure that the mother of Lesser Hippias loves him just as much as Greater Hippias, which is good because no one else seems to like this dialogue. Edith Hamilton and Huntington Cairns, in their introduction to it, say “This dialogue can be ascribed to Plato only because it always has been, from Aristotle’s days on. It is inferior to all the others.” That opening sentence isn’t just them being gratuitously insulting, either, as there has been some doubt over whether Lesser Hippias is authentic or not. Benjamin Jowett, though he ultimately does accept it as genuine, places it among Plato’s doubtful works, alongside Menexenus and First Alcibiades. His full comments are worth reading, but he says that one mark against it is that it’s of lesser quality than Plato’s undoubtedly genuine work, which sometimes signals the work of either a counterfeiter or a lesser follower whose work was mistakenly ascribed to the master.

Now, this makes it sound as if the dialogue sucks so badly that people don’t even believe it’s Plato’s, but Jowett gives it some deserved credit, even if it is weaker than all the others so far. For one thing, we have the return of Hippias, the great and wonderful, who in the course of his conversation with Socrates unabashedly calls himself a great arithmetician, geometrician, and astronomer. Socrates also recounts Hippias’ boasting from the recent Olympic games:

[Y]ou [i.e., Hippias] said that upon one occasion, when you went to the Olympic games, all that you had on your person was made by yourself. You began with your ring, which was of your own workmanship, and you said that you could engrave rings; and you had another seal which was also of your own workmanship, and a strigil and an oil flask, which you had made yourself; you said also that you had made the shoes which you had on your feet, and the cloak and the short tunic; but what appeared to us all most extraordinary and a proof of singular art, was the girdle of your tunic, which, you said, was as fine as the most costly Persian fabric, and of your own weaving; moreover, you told us that you had brought with you poems, epic, tragic, and dithyrambic, as well as prose writings of the most various kinds; and you said that your skill was also pre-eminent in the arts which I was just now mentioning, and in the true principles of rhythm and harmony and of orthography; and if I remember rightly, there were a great many other accomplishments in which you excelled. I have forgotten to mention your art of memory, which you regard as your special glory, and I dare say that I have forgotten many other things[.]

Typically, arrogant men annoy those around them with their self-praise and posturing, but at some point boasting becomes so over-the-top that it turns comical and even endearing. Yes, Hippias like everyone else comes out looking rather shabby after their rhetorical grappling matches in these works, and though I don’t think Plato wrote these dialogues as character assassinations, it is worth keeping in mind that as characters these men were written specifically so Socrates could dunk on them. We can also sympathise with his frustration in dealing with Socrates. He’s apparently willing to talk to anyone who wishes to question him, even though he knows how this conversation in particular is likely to go. “Socrates,” he says at one point, “you are always weaving the meshes of an argument, selecting the most difficult point, and fastening upon details instead of grappling with the matter in hand as a whole.” We can look at the full body of Plato’s works see why Socrates approaches these discussions as he does, but no doubt, it would look different if we were the ones getting the dialectical swirlie.…

We’ve spent a lot of time in the dialogues talking to and about Sophists, but Socrates has an awfully hard time figuring out exactly what a Sophist is and what they teach. In Protagoras, Socrates’ friend Hippocrates wants to take lessons from Protagoras, but when questioned can’t quite explain what he expects to learn, and Protagoras doesn’t really give a straight answer. In Greater Hippias, we’re able to gather from the greatest Sophist of them all (in his own estimation) that they are primarily concerned with public speaking. So, though Protagoras and Hippias do say that they teach a number of subjects, including moral instruction, their speciality is rhetoric.

For most of us that would be good enough, but of course, we’re hanging out with Socrates, and there’s no way “rhetoric” is an adequate answer here. What, exactly, is rhetoric? In Gorgias, we’re going to try to get at the truth of this, with not one, not two, but three interlocutors. First, we have the Sophist Gorgias (his friends called him “Gorgeous”), who I rather like. He may be a capital-S “Sophist,” but he’s not a small-s sophist. He’s quicker than Hippias in catching on to what Socrates wants to know from him, is more agreeable than Protagoras, and for the most part keeps his answers straightforward. Unfortunately, he has a couple of his groupies with him. One is Polus, who, when Socrates first asks what sort of art Gorgias would say he practices, gives a non-answer for him, blathering for a minute about how there are many arts and that Gorgias practices the greatest of them, without actually saying what that art is. Polus isn’t too grating, though, and is willing to concede defeat at some point. He’s a prince of a guy compared to the last interlocutor, Callicles, who, well, is a bit of a jerk, never conceding a point and getting pissy when it becomes clear that he’s totally outgunned by Socrates.

To the work itself, though. We begin with some of the runaround typical to Socratic dialogues. What is rhetoric? The art of using words, in particular to persuade others. Don’t other arts, like mathematics and medicine, also use words? Yes, but they use them only incidentally, and persuade people primarily through facts. In the parlance of a later age, we might say that words are accidental and not essential to mathematics and medicine, or only incidental to them. 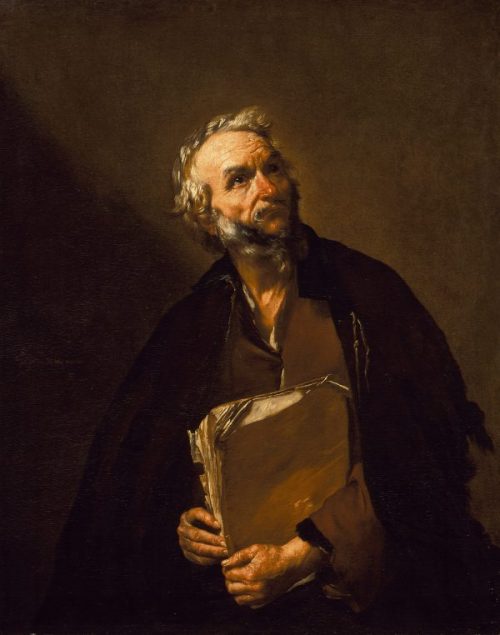 Crito’s attempt to save Socrates has failed, so now we’ll go back and begin working through Plato’s dialogues from earlier in his life. First up are some discussions with various sophists, beginning with Protagoras.

This dialogue begins with a somewhat odd framing device; a friend meets Socrates walking through the city, and learns that he’s just come from speaking with Protagoras, who has recently arrived in Athens to work as a teacher. So, the rest of the work is Socrates recounting the meeting, so there’s a double narration going on, and the frame is never closed. I’m sure there’s been discussion enough of why the dialogue is structured this way, but I could only guess. 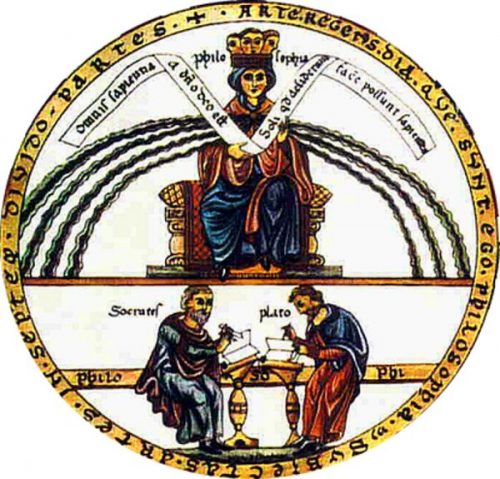